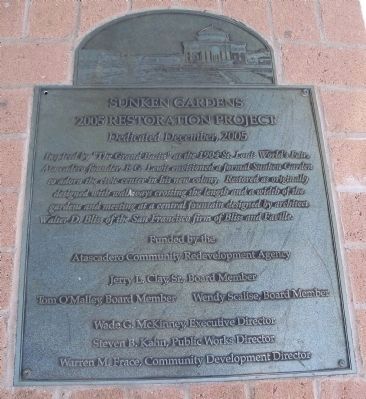 Inspired by “The Grand Basin” at the 1904 St. Louis World’s Fair, Atascadero founder E.G. Lewis envisioned a formal Sunken Garden to adorn the civic center in his new colony. Restored in 2005 as originally designed with walkways crossing the length and width of the gardens and meeting at a central fountain designed by architect Walter D. Bliss of the San Francisco firm of Bliss and Faville.

Topics. This historical marker is listed in these topic lists: Landmarks • Notable Places. A significant historical year for this entry is 1904. 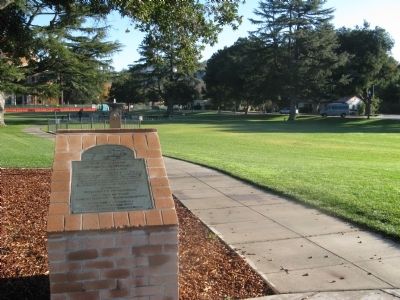 Photographed By Syd Whittle, November 28, 2010
2. Sunken Gardens Marker
The mentioned fountain is seen in the photo above the marker.

Click or scan to see
this page online
, on the right when traveling east. Marker is located near the northwest corner of the Sunken Gardens. Touch for map. Marker is in this post office area: Atascadero CA 93422, United States of America. Touch for directions. 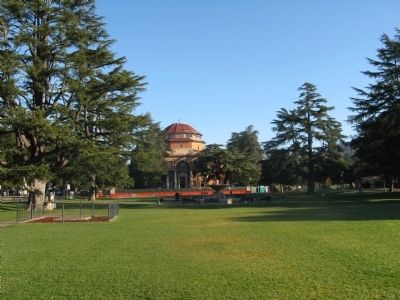