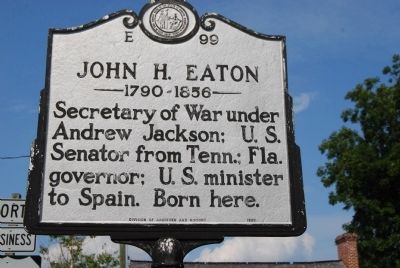 Erected 1989 by Division of Archives and History. (Marker Number E-99.)

Topics and series. This historical marker is listed in this topic list: Government & Politics. In addition, it is included in the Former U.S. Presidents: #07 Andrew Jackson, and the North Carolina Division of Archives and History series lists. 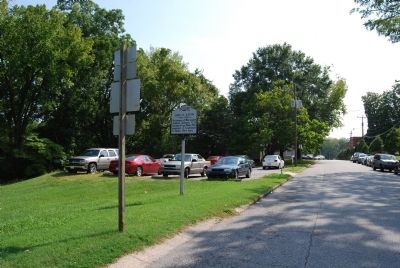 Click or scan to see
this page online
marker also named Eagle Tavern (within shouting distance of this marker); The Old Town of Halifax (about 300 feet away, measured in a direct line); Halifax Colonial Jails (about 400 feet away); Colonial Punishment (about 400 feet away). Touch for a list and map of all markers in Halifax.