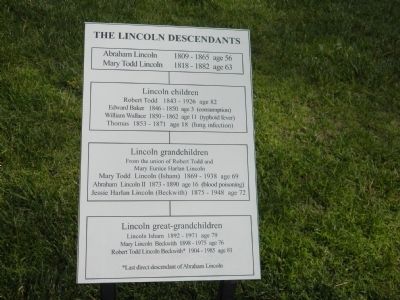 Last direct descendant of Abraham Lincoln. . This historical marker is in Springfield in Sangamon County Illinois

Topics and series. This historical marker is listed in these topic lists: Cemeteries & Burial Sites • Government & Politics. In addition, it is included in the Former U.S. Presidents: #16 Abraham Lincoln series list. A significant historical year for this entry is 1809. 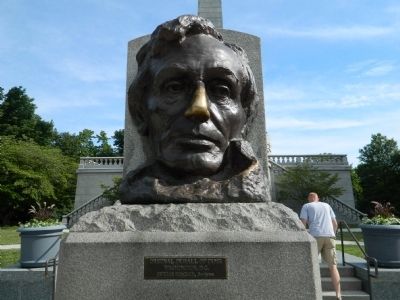 Click or scan to see
this page online
N, 89° 39.337′ W. Marker is in Springfield, Illinois, in Sangamon County. Marker can be reached from the intersection of Monument Avenue and W. Oak Street. Marker is in Oak Ridge Cemetery. Touch for map. Marker is in this post office area: Springfield IL 62702, United States of America. Touch for directions.