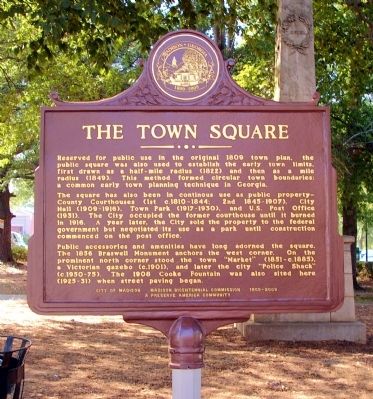 Reserved for public use in the original 1809 town plan, the public square was also used to establish the early town limits, first drawn as a half-mile radius (1822) and then as a mile radius (1849). This method formed circular town boundaries; a common early town planning technique in Georgia. 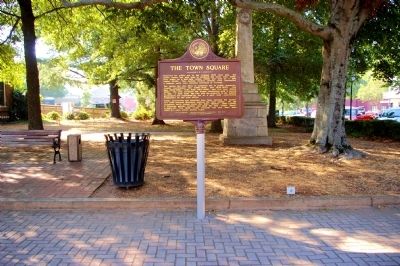 By David Seibert, June 13, 2011
2. The Town Square Marker
The marker stands in front of the Braswell Monument on the Town Square.

Click or scan to see
this page online
marker is listed in this topic list: Notable Places. A significant historical year for this entry is 1809.

Location. 33° 35.733′ N, 83° 28.05′ W. Marker is in Madison, Georgia, in Morgan County. Marker is at the intersection of North Main Street (U.S. 278) and East Washington Street, on the right when traveling east on North Main Street. The marker stands near the southwest corner of the town square, near the Post Office. Touch for map. Marker is in this post office area: Madison GA 30650, United States of America. Touch for directions.

Regarding The Town Square. The Cooke Fountain and the Gazebo, which as noted on the marker once stood in the Town Square, have been recreated in the nearby Town Park. 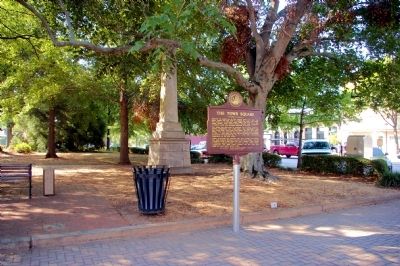 By David Seibert, June 13, 2011
3. The Town Square Marker
Another view of the marker and the Braswell Monument, an obelisk honoring Benjamin Braswell who, in 1817, established an educational trust to aid the children of destitute widows in Madison. The trust still serves its original purpose. 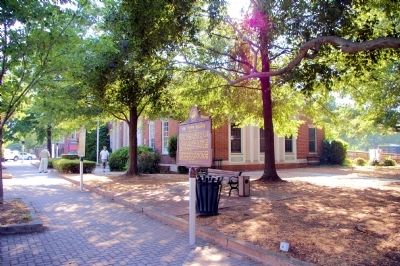