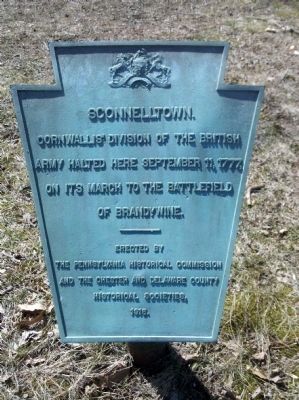 By Keith S Smith, March 29, 2011
1. Sconnelltown Marker
Inscription.
Sconnelltown. Cornwallis stopped here in 1777. Cornwallis’ division of the British Army halted here September 11, 1777, on its march to the Battlefield of Brandywine . This historical marker was erected in 1915 by The Pennsylvania Historical Commission and the Chester and Delaware County Historical Societies. It is in East Bradford Township in Chester County Pennsylvania

Cornwallis’ division of the British Army halted here September 11, 1777, on its march to the Battlefield of Brandywine

Erected 1915 by The Pennsylvania Historical Commission and the Chester and Delaware County Historical Societies.

Topics and series. This historical marker is listed in these topic lists: Colonial Era • War, US Revolutionary. In addition, it is included in the Pennsylvania Historical and Museum Commission series list. A significant historical month for this entry is September 1859. 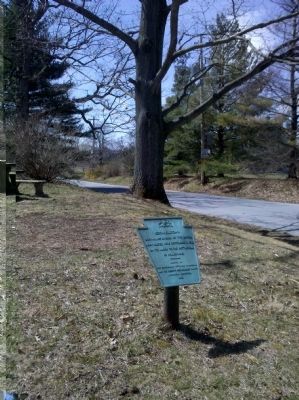 More about this marker. This Marker is close to the ground and is one of the original bronze plaques erected by the Pennsylvania Historical Commission

Additional commentary.
1. General Howe takes a break
By the time the British Army under General Charles Cornwallis reached Sconnelltown at about 2:30 p.m., on September 11, 1777, they had traveled more than seventeen miles, marching in the full heat of the late summer since 4 a.m. The men were sore and tired. General William Howe allowed the various divisions to reorganize, rest and eat a meal for about an hour, until about 3:30 p.m.


Howe's decision to rest his army raised some eyebrows, and has been the object of second-guessing by historians ever since. The delay near Sconnelltown allowed the Americans, who had been confused by poor intelligence, to regroup 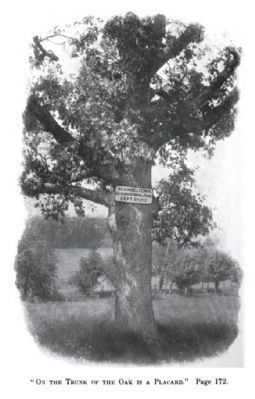 3. Long gone Oak Tree in Sconnelltown
This image is taken from the book: "Down the Eastern and up the Black Brandywine", by Chester County Lawyer, Wilmer W. MacElree, c. 1912. This book is available free online as a Google Book.
and shift their defenses into better position to face the flanking maneuver. Although the British Redcoats still won the battle at Brandywine, some experts speculate that their victory would have been greater if General Howe had arrived there sooner.
— Submitted December 2, 2011, by Keith S Smith of West Chester, Pennsylvania.

4. Original marker on the Ancient Sconnelltown Oak Tree
From Book: Down the Eastern and Up the Black Brandywine, c. 1912 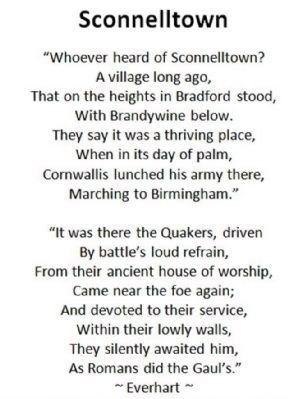