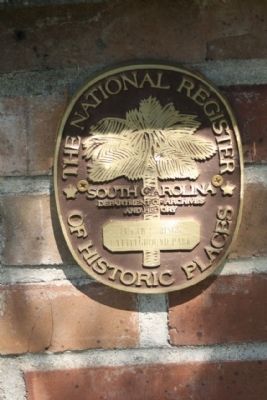 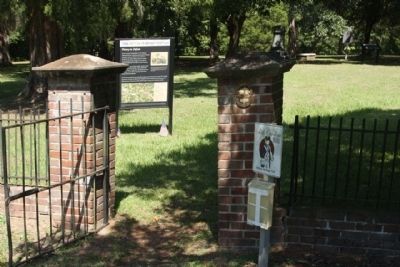 Click or scan to see
this page online
(within shouting distance of this marker); Santee Limestone / Limestone and Marl Formations (about 300 feet away, measured in a direct line); Eutawville (approx. 2½ miles away); Berkeley County (approx. 3.7 miles away).

On September 8, 1781 General Nathanael Greene with a force of 2098 attacked a British camp of 2300 at Eutaw
Springs commanded by Colonel Alexander Stuart. Greene’s goal was to strike a blow against the British forces in South Carolina and prevent them from sending aid to Cornwallis in Virginia. The tree shaded battleground park at the edge of Lake Marion includes a historic marker that tells the story and marks the site of the battle. On the grounds is the tomb of British 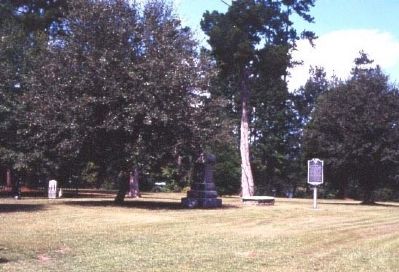 Additional commentary.
1. Battle at Eutaw Springs
On the morning of September 8, 1781, General Nathanael Greene's American army attacked Colonel Alexander Stewart's British Force camped at a plantation near Eutaw Springs. Here two almost evenly matched armies slugged it out in the last major Revolutionary War battle in South Carolina.
In over three hours of brutal combat, American and British forces traded musket volleys and bayonet charges. Greene's troops drove the British back into their camp, but the British regrouped and forced Greene from the battlefield.

Greene's army at Eutaw Springs consisted of regular soldiers and malitia, or part-time citizen soldiers. Stewart's force was composed of British regulars and Loyalists, Americans fighting to preserve British rule. Each army mustered about 2000 men, most of them veterans.

The Americans suffered more than 500 casualties, but the British lost nearly 700. Crippled by the loss of almost a third of his command, Stewart retreated toward Charleston the following day, leaving most of the South Carolina countryside in American control. 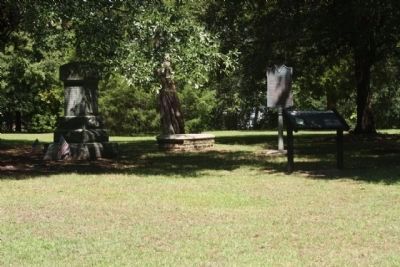 Photographed By Mike Stroud, September 8, 2011
4. Eutaw Springs Battlefield Park
On the grounds is the tomb of British Commander Major John Majoribanks, noted for outstanding leadership during the battle.Also seen is the D.A.R. Monument
— Submitted December 19, 2011, by Mike Stroud of Bluffton, South Carolina. 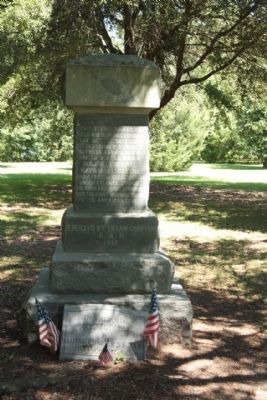 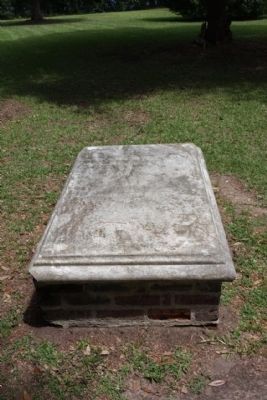 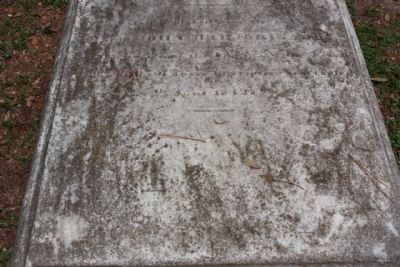 Photographed By Mike Stroud, August 15, 2009
7. Grave of Major Majoribanks
Slab reads : John Marjoribanks Esq. late Major to the 19th Regt, Inf.
and commanding a Flank Bat:
of His Majesty's Army- Obiit
22d. of Oct,r. 1781-
This slab is placed over the grave of
Major John Majoribanks,
In substitution of the original head board
from which the above inscription was copied.
June 1842
from Cemetery Records of Lake Marion and Moultrie; Thanks John
Note by JRC: This is the grave stone inscription. This stone was placed over the grave by Ravenel family when the original wooden head board decayed. It was was moved from Wantoot Plantation in Berkeley County when the area was cleared for Lake Moultrie. 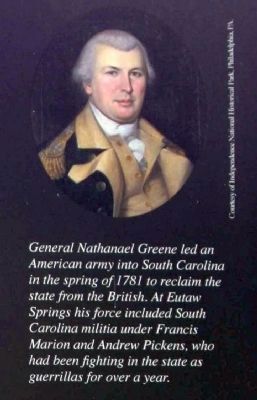 Courtesy of Independence National Historical Park, Phila. Pa.
8. Eutaw Springs Battlefield Park
General Nathanael Greene led an American army in South Carolina in the Spring of 1781 to reclaim the state from the British. At Eutaw Springs his force included South Carolina militia under Francis Marion and Andrew Pickins, who had been fighting in the state as guerrillas for over a year. 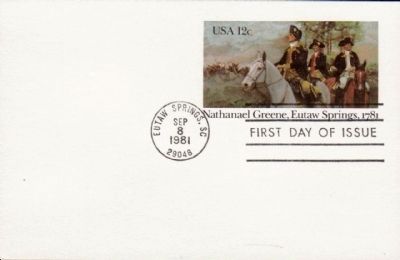