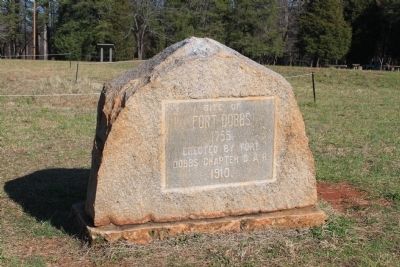 Topics. This historical marker is listed in these topic lists: Forts and Castles • War, French and Indian.

Regarding Site of Fort Dobbs. 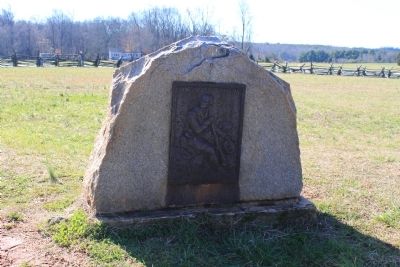 When war erupted between the colonial possessions of England and France in 1754, North Carolina was in a poor state of defense. Gov. Arthur Dobbs sent to London for one thousand muskets to arm local militia companies and full-time provincial troops. To counter the threat of naval attacks by the French and later the Spanish, fortifications were ordered to be constructed at strategic points along the coast.

In response to attacks on settlers in the Virginia backcountry and rumors of "French Indians" lurking within the boundaries of his own colony, Dobbs ordered a company of provincial soldiers to the western frontier. After several weeks of scouting, the company, commanded by Capt. Hugh Waddell, was joined by the governor, who helped select a proper site for a fortified barracks.

The soldiers began to construct Fort Dobbs by the end of 1755 and completed it the following spring. In December of 1756, Francis Brown and Richard Caswell made a report to the colonial legislature describing the fort:

A good and Substantial Building of the Dimentions following (that is to say) The Oblong Square fifty three feet by forty. The opposite Angles Twenty four feet and Twenty-two. In height Twenty four and a half 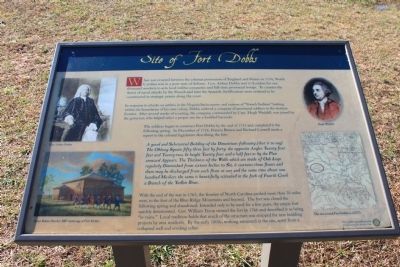 By Jamie Cox, December 23, 2011
3. Site of Fort Dobbs Detail
feet as by the Plan annexed Appears. The thickness of the Walls which are made of Oak Logs regularly Diminished from sixteen Inches to Six, it contains three floors and there may be discharged from each flow at one and the same time about one hundred Muskets the same is beautifully scituated in the fork of Fourth Creek a branch of the Yadkin River.


With the end of the war in 1763, the frontier of North Carolina pushed more than 70 miles west, to the foot of the Blue Ridge Mountains and beyond. The fort was closed the following spring and abandoned. Intended only to be used for a few years, the empty fort quickly deteriorated. Gov. Wiliam Tryon viewed the fort in 1766 and described it as being "in ruins." Local tradition holds that much of the structure was stripped for new building projects by area residents. By the early 1800s, nothing remained at the site apart from a collapsed well and eroding cellar. 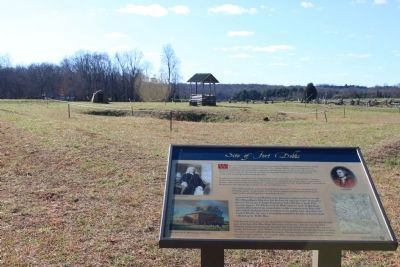