The Site of Camp Worth 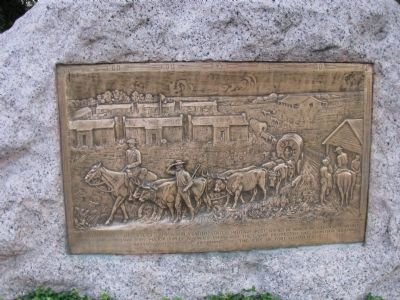 This stone marks the site of Camp Worth, a United States Military Post named in Honor of General William J. Worth and Commanded by Major Ripley A. Arnold 1849-1853. The camp protected the frontier against Indians, and was the beginning of the City of Fort Worth. 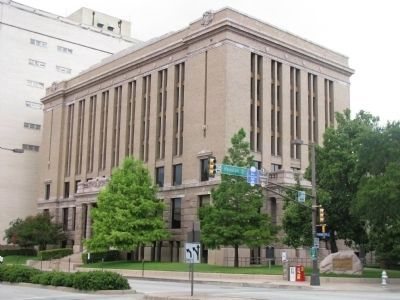 Photographed By Denise Boose, May 20, 2010
2. Tarrant County Criminal Courts Building and The Site of Camp Worth Marker 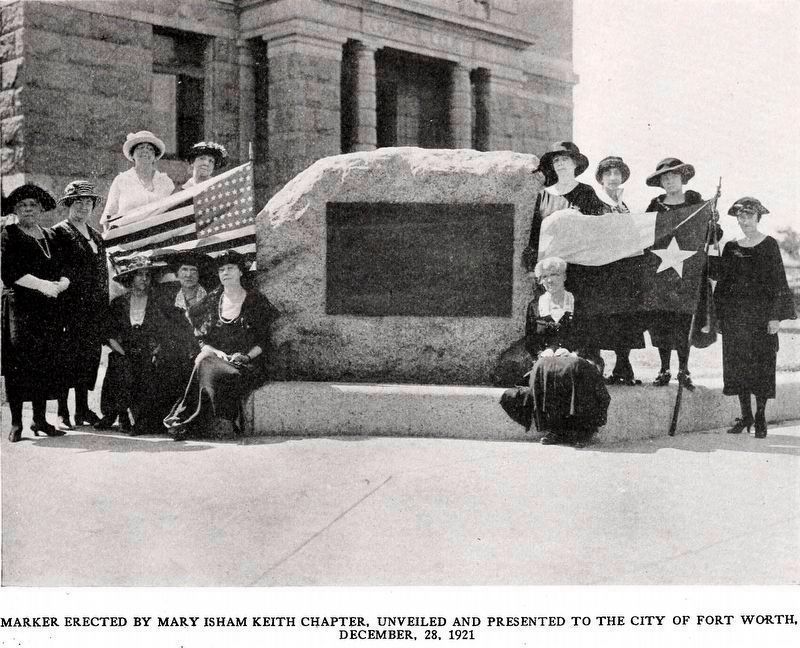 “Upon this tablet is carved a typical scene of the frontier days when Indians, prairie schooners and cowboys were common around the section now covered by Fort Worth. Broad prairie is shown in the view.”
From Daughters of the American Revolution Magazine Vol. LVII, No. 2, February 1923, Page 107.
Credits. This page was last revised on April 11, 2021. It was originally submitted on February 17, 2012, by Denise Boose of Tehachapi, California. This page has been viewed 612 times since then and 46 times this year. Photos:   1, 2. submitted on February 17, 2012, by Denise Boose of Tehachapi, California.   3. submitted on April 10, 2021, by Allen C. Browne of Silver Spring, Maryland. • Bernard Fisher was the editor who published this page.
Share this page.