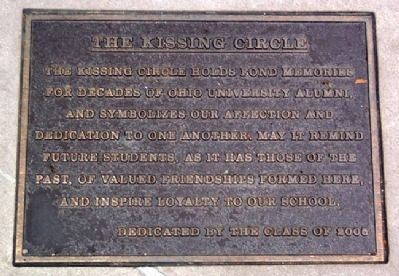 The Kissing Circle holds fond memories for decades of Ohio University Alumni, and symbolizes our affection and dedication to one another. May it remind future students, as it has those of the past, of valued friendships formed here and inspire loyalty to our school.

Location. 39° 19.627′ N, 82° 6.046′ W. Marker is in Athens, Ohio, in Athens County. Marker is on the grounds of the Ohio University College Green, about 200 feet southeast of the intersection of Court and Union Streets. Touch for map. Marker is in this post office area: Athens OH 45701, United States of America. Touch for directions. 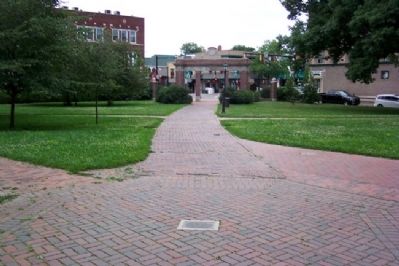 Click or scan to see
this page online
(within shouting distance of this marker); Bicentennial of the Northwest Ordinance (about 300 feet away, measured in a direct line); Ohio University's Distinguished Visitors (about 400 feet away); Manasseh Cutler Hall (about 400 feet away). Touch for a list and map of all markers in Athens.

Also see . . .  College Green Landmark Was A Magnet For Lovers. (Submitted on March 1, 2012, by William Fischer, Jr. of Scranton, Pennsylvania.) 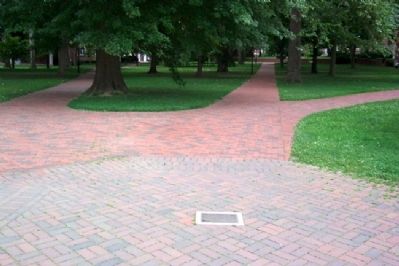