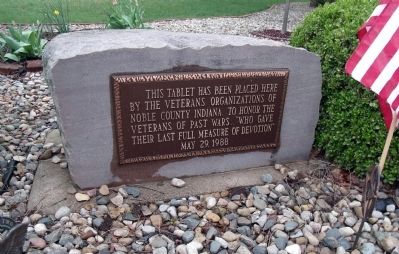 This tablet has been placed here by the Veterans Organizations of Noble County Indiana, to honor the Veterans of past wars, “Who gave their last full measure of devotion”. 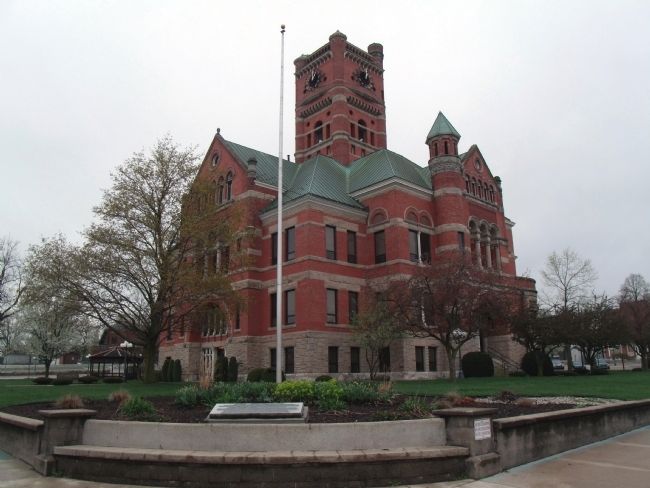 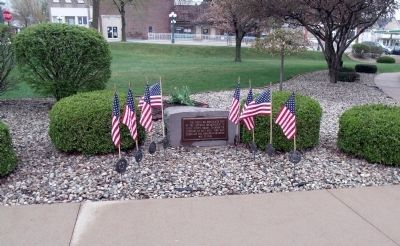 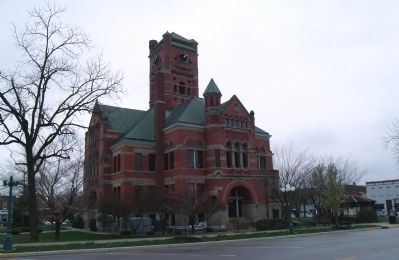