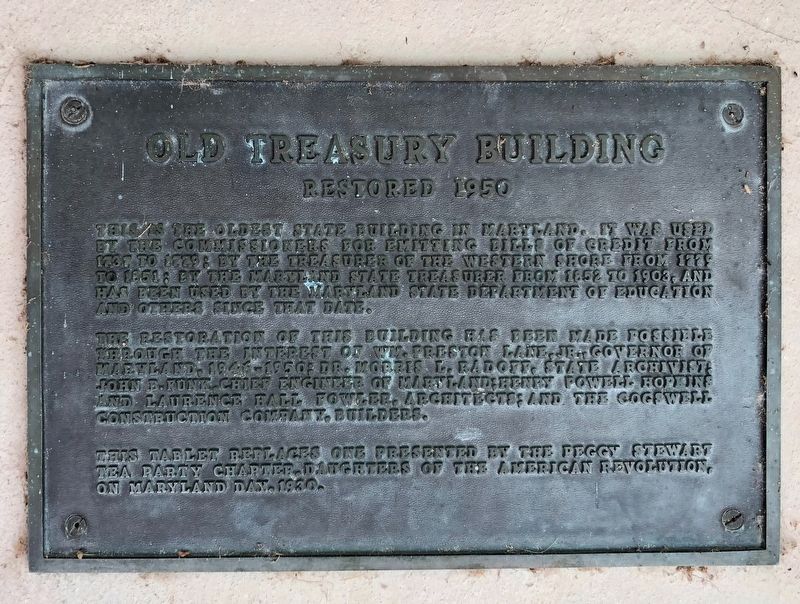 By Devry Becker Jones, October 1, 2020
1. Old Treasury Building Marker
Inscription.
Old Treasury Building. Restored 1950. This is the oldest state building in Maryland. It was used by the commissioners for emitting bills of credit from 1730 to 1779; by the Treasurer of the Western Shore from 1779 to 1851; by the Maryland State Treasurer from 1852 to 1903; and has been used by the Maryland State Department of Education and others since that date.. The restoration of this building has been made possible through the interest of Wm. Preston lane, Jr., Governor of Maryland, 1946-1950; Dr. Morris L. Radoff, State Archivist; John R. Funk, Chief Engineer of Maryland; hanry Powell Hopkins and Laurence Hall Fowler, architects; and the Cogswell Construction Company, builders.. This tablet replaces one presented by the Peggy Stewart Tea Party Chapter Daughters of the American Revolution on Maryland Day, 1930. . This historical marker is in Annapolis in Anne Arundel County Maryland

This tablet replaces one presented by the Peggy Stewart Tea Party Chapter Daughters of the American Revolution on Maryland Day, 1930.

Topics and series. This historical marker is listed in these topic lists: Colonial Era • Education • Industry & Commerce. In addition, it is included in the Daughters of the American Revolution series list. A significant historical year for this entry is 1730. 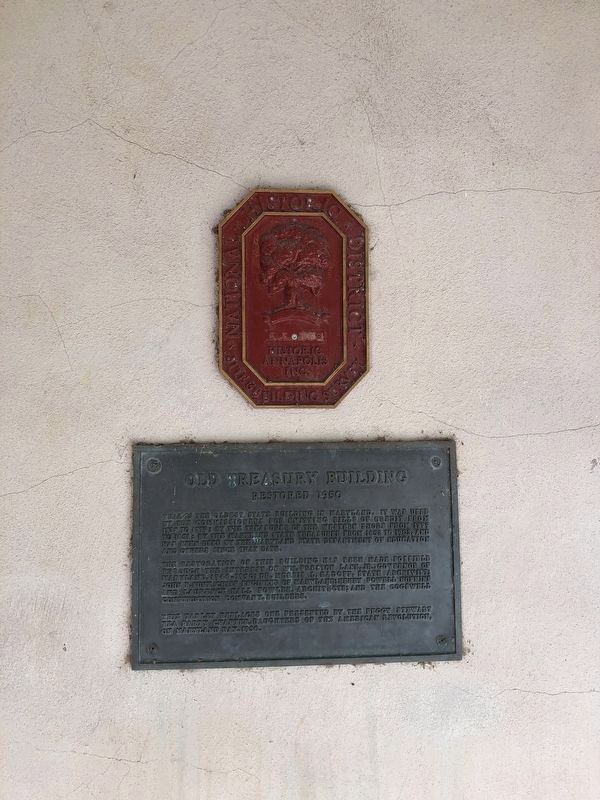 Click or scan to see
this page online
W. Marker is in Annapolis, Maryland, in Anne Arundel County. Marker can be reached from the intersection of State Circle and East Street, on the left when traveling north. Marker is on the building, about 25 feet west of State Circle. Touch for map. Marker is in this post office area: Annapolis MD 21401, United States of America. Touch for directions. 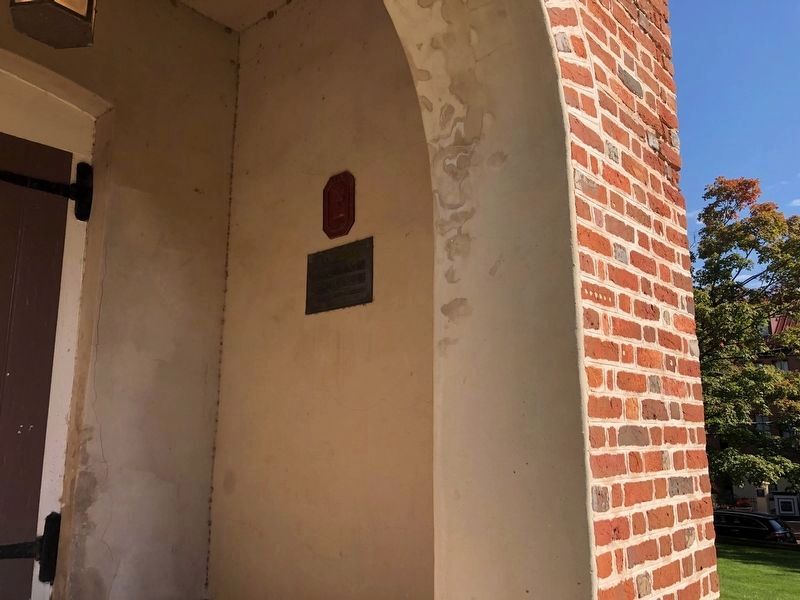 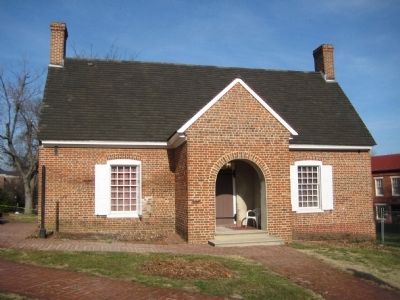 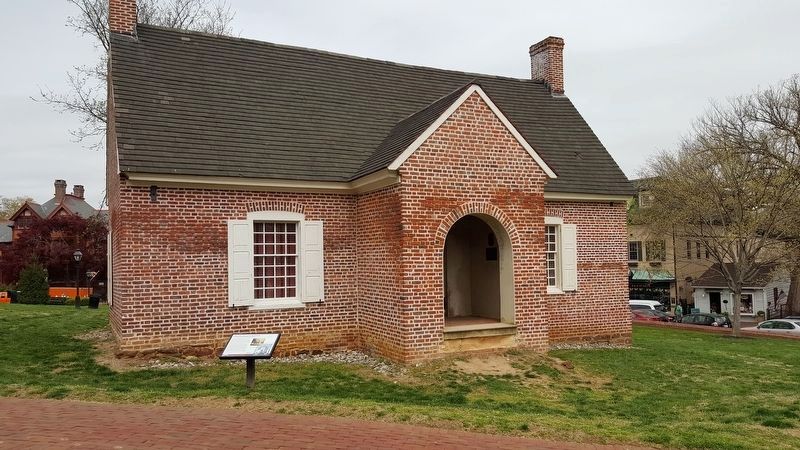