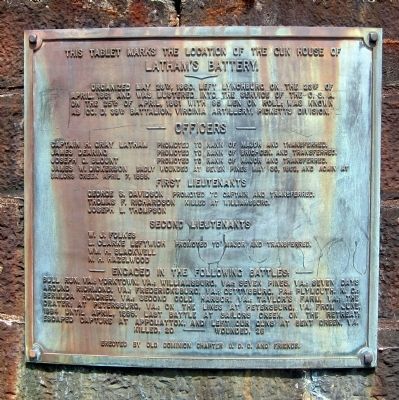 This tablet marks the location of the gun house of
Latham's Battery. 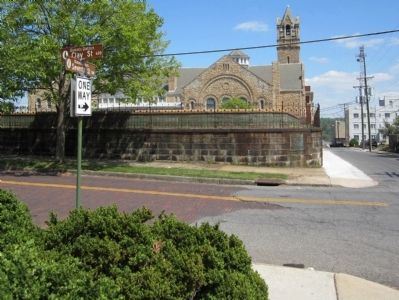 Location. 37° 24.903′ N, 79° 8.788′ W. Marker is in College Hill in Lynchburg, Virginia. Marker is at the intersection of Clay Street and Seventh Street, on the left when traveling north on Clay Street. Touch for map. Marker is in this post office area: Lynchburg VA 24504, United States of America. Touch for directions.