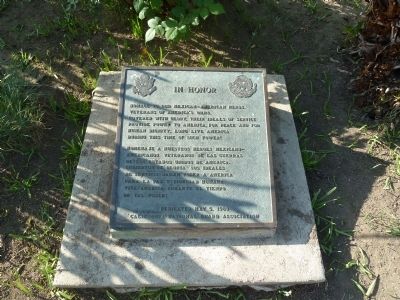 Homage to Our Mexican-American Heroes
Veterans of America's Wars. Covered with glory, their ideals of service provide power to America, for peace and for human dignity. Long live America during this time of such power.