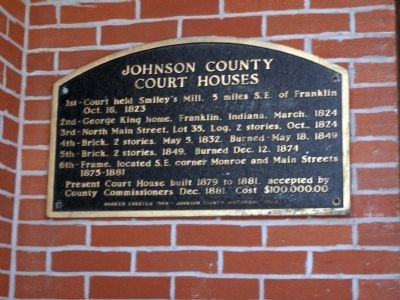 Topics. This historical marker is listed in this topic list: Government & Politics. A significant historical date for this entry is March 19, 1824.

Location. 39° 28.812′ N, 86° 3.312′ W. Marker is in Franklin, Indiana, in Johnson County. Marker can be reached from the intersection of Jefferson Street and North Main Street, on the right when traveling east. Located on the left of the North Entrance of the Johnson County Courthouse 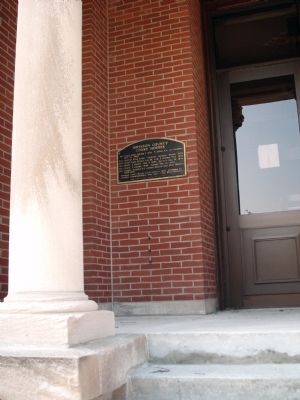 Click or scan to see
this page online
in Franklin, Indiana. Touch for map. Marker is in this post office area: Franklin IN 46131, United States of America. Touch for directions. 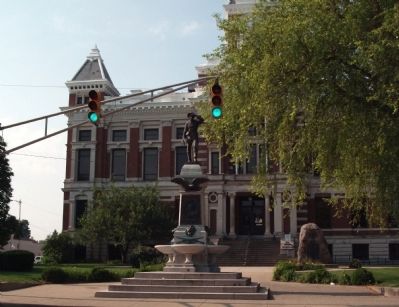 Photographed By Courtesy:: Marilyn S. Wolf, May 20, 2012
3. Entrance to Johnson County Court House
Go up the stairs, the marker is on the left of the doors. 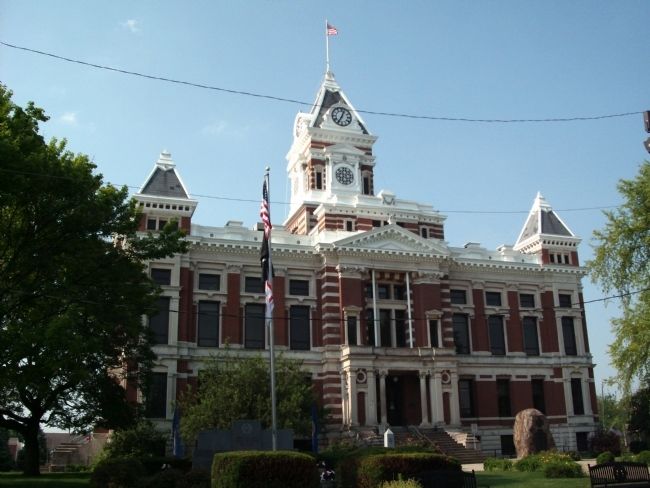 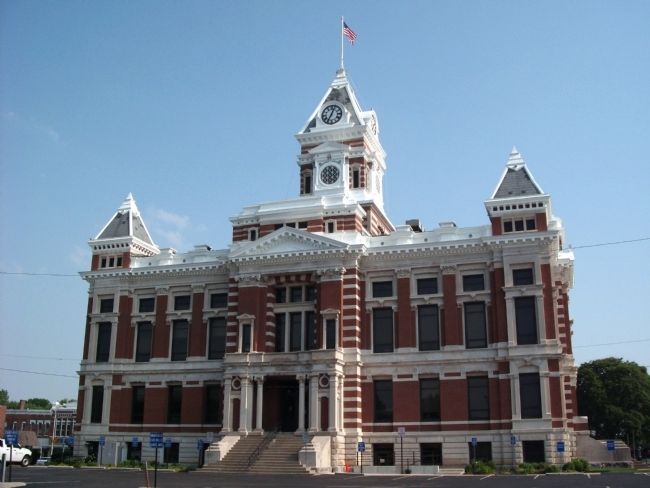