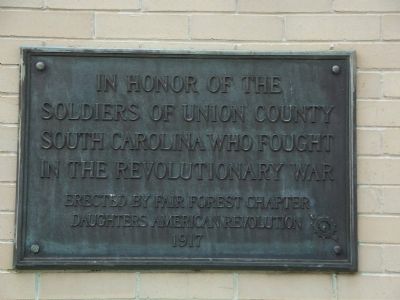 In honor of the soldiers of Union County South Carolina who fought in the Revolutionary War. 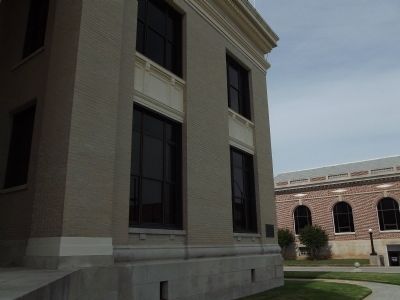 Click or scan to see
this page online
(approx. ¼ mile away); Thomas N. Dawkins House (approx. 0.3 miles away). Touch for a list and map of all markers in Union. 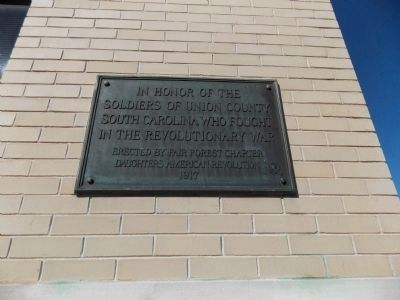 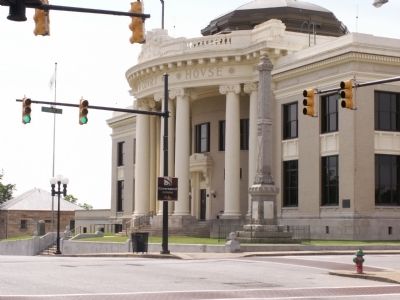