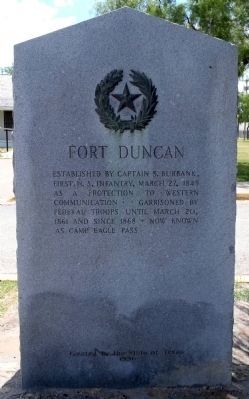 Photographed By William F Haenn, June 8, 2012
1. Fort Duncan 1936 Marker
Inscription.
Fort Duncan. . , Established by Captain S. Burbank, first U.S. Infantry, March 27, 1849 as a protection to western communication. Garrisoned by Federal troops until March 20, 1861 and since 1868. Now known as Camp Eagle Pass . This historical marker was erected in 1936 by State of Texas. It is in Eagle Pass in Maverick County Texas

Established by Captain S. Burbank, first U.S. Infantry, March 27, 1849 as a protection to western communication. Garrisoned by Federal troops until March 20, 1861 and since 1868. Now known as Camp Eagle Pass

Topics and series. This historical marker is listed in these topic lists: Forts and Castles • War, World I • Wars, US Indian. In addition, it is included in the Texas 1936 Centennial Markers and Monuments series list. A significant historical date for this entry is March 27, 1874.

Other nearby markers. At least 7 other markers are within 4 miles of this marker, measured as the crow flies. A different marker also named Fort Duncan (about 400 feet away, measured in a direct line); Fort Duncan Infantry Barracks (about 600 feet away); Eagle Pass C.S.A. 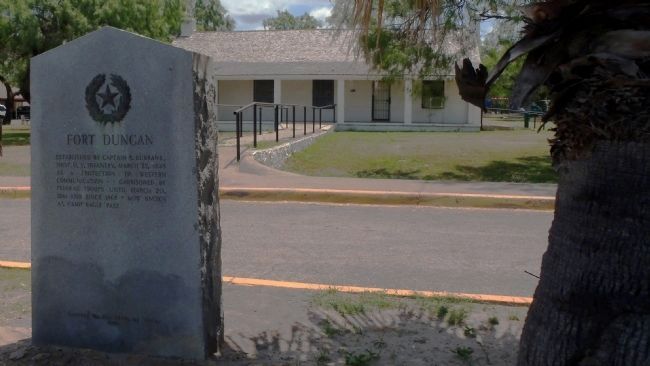 Regarding Fort Duncan. At the time the marker was erected, Fort Duncan was still an active Army post. The site is now a city park. There are several surviving fort buildings to be experienced including a museum in the former post headquarters, the powder magazine, commanding officer's quarters, bakery, and commissary. 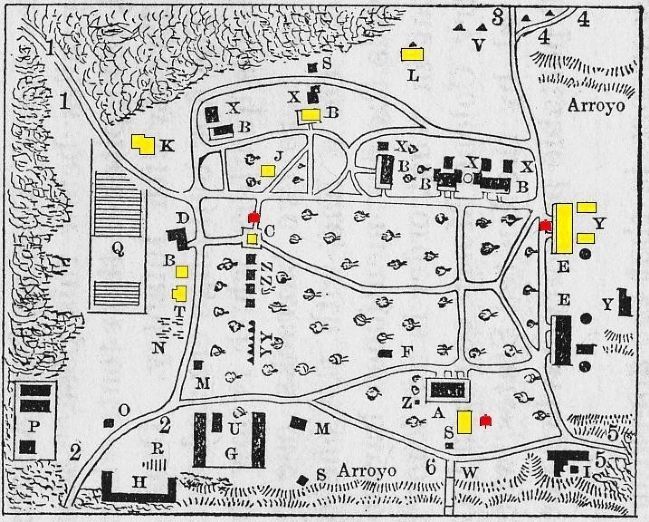