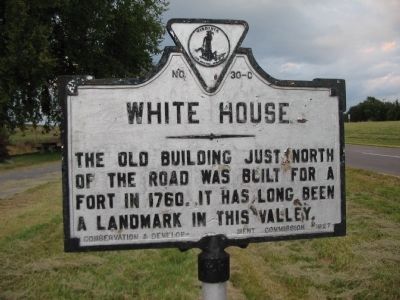 Photographed By Craig Swain, October 4, 2008
1. White House Marker
Inscription.
White House. . The old building just north of the road was built for a fort in 1760. It has long been a landmark in this valley. . This historical marker was erected in 1927 by Conservation and Development Commission. It is Near Luray in Page County Virginia

The old building just north of the road was built for a fort in 1760. It has long been a landmark in this valley.

Topics and series. This historical marker is listed in these topic lists: Forts and Castles • Notable Buildings • Settlements & Settlers • War, US Civil. In addition, it is included in the Virginia Department of Historic Resources series list. A significant historical year for this entry is 1760.

Other nearby markers. At least 5 other markers are within walking distance of this location. White House Bridge (a few steps from this marker); 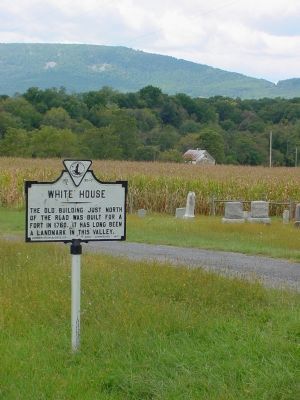 Photographed By J. J. Prats, September 29, 2006
2. Marker With White House In the Distance
Massanutten, the 50 mile long mountain that rises in the center of the Shenandoah Valley, can be seen in the distance. U.S. 211 crosses it at Thornton Gap, out of frame to the left. Moreland Gap is visible on the right.

More about this marker. This marker was closer to the White House and the river when it was first erected; the house is now west of the marker, and at a distance. It was probably moved here when the road was widened or when the new highway bridge was built.

Regarding White House. Home and meeting house of pioneer Martin Kauffman II, minister to a small Mennonite congregation. A ferry, the White House Ferry, and the White House Bridge across the South Fork of the Shenandoah River took their name from this house. The house and bridge played a critical role during the Civil War during the Valley Campaign of 1862. Confederates burned the bridge on June 2nd, just an hour before the arrival of Union forces attempting to overtake Stonewall Jackson's army, allowing Jackson to engage and defeat Generals Freemont and then General Shields at Cross Keys, and Port Republic June 8th and 9th.

Built in 1760, it is constructed of stone covered with lime-and-sand mortar. A vaulted cellar is the fort, reached through a trap door in the floor. Portholes 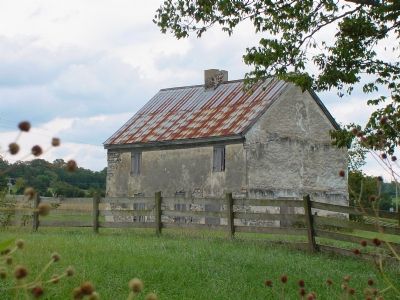 Photographed By J. J. Prats, September 29, 2006
3. The White House Is Not So White These Days
on all sides of the cellar allow the besieged settlers to shoot at attackers.

Related marker. Click here for another marker that is related to this marker. The linked marker has replaced this marker.

Additional commentary.
1. Indian attacks
Did the "White House" ever come under attack from indians? I'm asking because, in 1992 my father , Robert Presgraves, now deceased, found an indian war axe while fishing in the river almost directly across the road from the house. My understanding is that the raiding parties would stop some distance away from the attack sites, chip out these rough axes, then toss them away when leaving. I've put the axe up around here somewhere but would appreciate any information.
Editor's Note: While I can find no direct information about attacks on this particular property, it was very likely. Given the year it was built, its designation as a fort, and 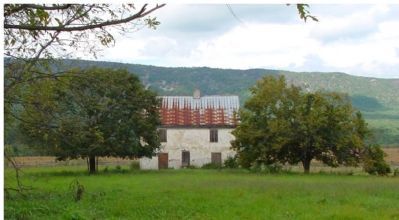