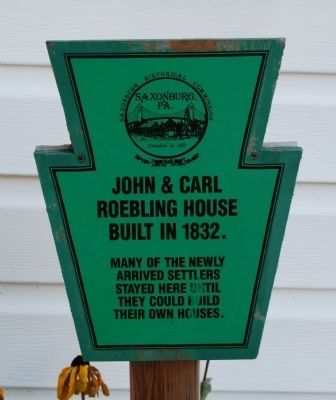 Many of the newly arrived settlers stayed here until they could build their own houses.

Location. 40° 45.04′ N, 79° 48.641′ W. Marker is in Saxonburg, Pennsylvania, in Butler County. Marker can be reached from West Main Street 0.1 miles west of Rebecca Street. Touch for map. Marker is in this post office area: Saxonburg PA 16056, United States of America. Touch for directions. 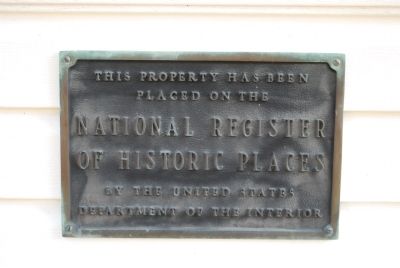 By Mike Wintermantel, July 11, 2012
2. John and Carl Roebling House plaque
This property has been placed on the National Register of Historic Places by the United States Department of the Interior 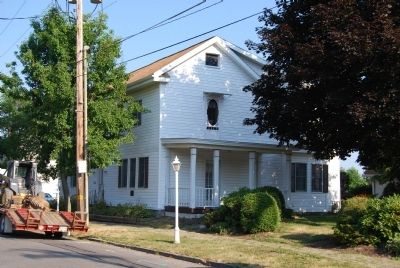