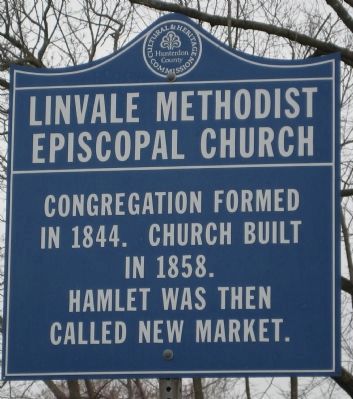 Congregation formed in 1844. Church built in 1858. Hamlet was then called New Market.

Topics and series. This historical marker is listed in this topic list: Churches & Religion. In addition, it is included in the New Jersey, Hunterdon County Cultural and Heritage Commission series list. A significant historical year for this entry is 1844.

Location. 40° 23.597′ N, 74° 50.169′ W. Marker is in Linvale, New Jersey, in Hunterdon County. Marker is at the intersection of New Jersey Route 31 at milepost 13.4 and Linvale Road, on the right when traveling north on State Route 31. Touch for map. Marker is in this post office area: Lambertville NJ 08530, United States of America. Touch for directions. 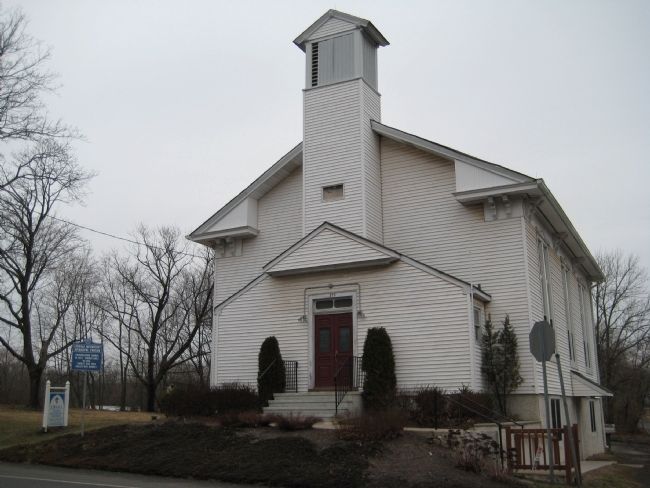