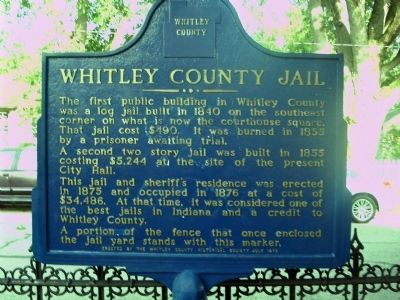 The first public building in Whitley County was a log jail built in 1840 on the southeast corner on what is now the courthouse square. That jail cost $490. It was burned in 1855 by a prisoner awaiting trial.

This jail and sheriff's residence was erected in 1875 and occupied in 1876 at a cost of $34,486. At that time, it was considered one of the best jails in Indiana and a credit to Whitley County.

A portion of the fence that once enclosed the jail yard stands with this marker.

Topics. This historical marker is listed in this topic list: Government & Politics. A significant historical year for this entry is 1840.

Location. 41° 9.341′ N, 85° 29.221′ W. Marker is in Columbia City, Indiana, in Whitley County. Marker is on South Washington Street north of East Ellsworth Street, on the left when traveling north. Touch for map. Marker is in this post office area: Columbia City IN 46725, United States of America. Touch for directions. 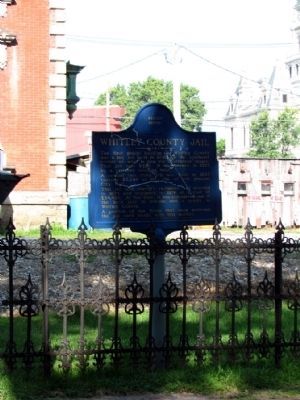 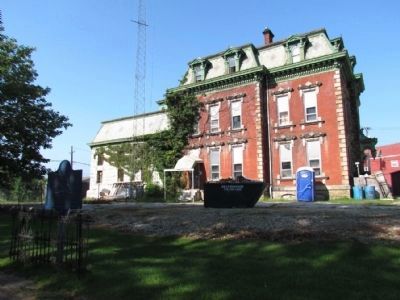