The Methodist Church in Singapore 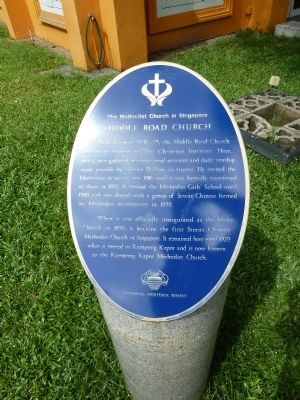 Built between 1870 – 75, the Middle Road Church was first known as The Christian Institute. Here, young men gathered for recreational activities and daily worship made possible by Charles Phillips, its trustee. He invited the Methodists to use it from 1885 until it was formally transferred to them in 1892. It housed the Methodist Girl’s School until 1900 and was shared with a group of Straits Chinese formed by Methodist missionaries in 1890.

Erected 2000 by National Heritage Board.

Topics. This historical marker is listed in this topic list: Churches & Religion. A significant historical date for this entry is January 22, 2000. 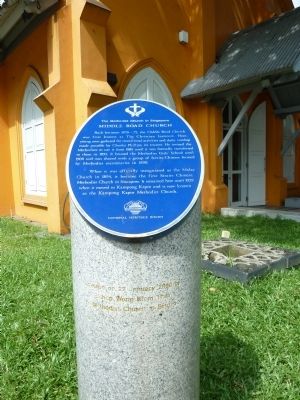 Click or scan to see
this page online
Region. Marker is at the intersection of Middle Road and Waterloo Street, on the left when traveling north on Middle Road. Touch for map. Marker is at or near this postal address: 141 Middle Rd, Rochor, Central Region 18897-6, Singapore. Touch for directions.

Regarding Middle Road Church. From A Blog of Sorts

During the period of World War II, it was understood that the building was converted to a Chinese restaurant called May Blossom Restaurant. After the war, it became a motor-workshop and parking area.

Today, this small building had been given a new lease of life to showcase the arts. Officially opened in 1999, its aim is not just to become an arts hub showcasing the works of local and international artists. But striving to be a regional arts hub for contemporary 3-dimensional artworks. 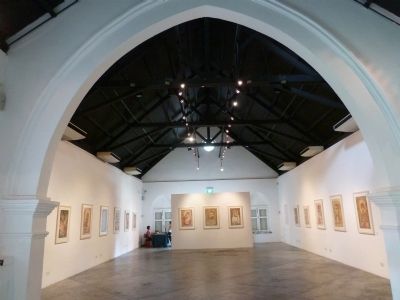 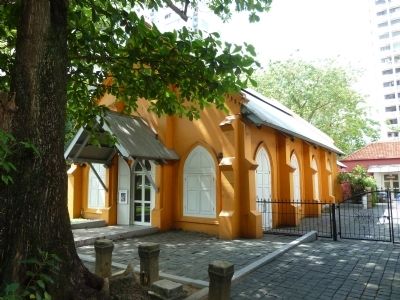 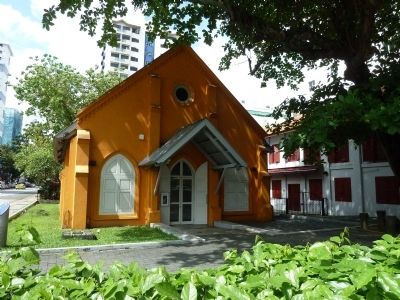