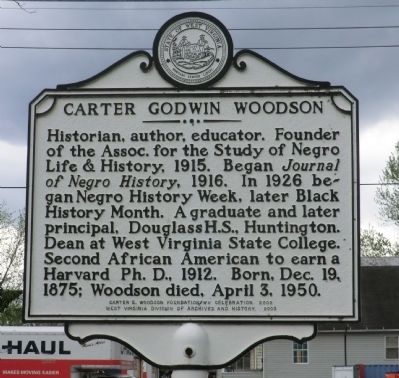 Topics and series. This historical marker is listed in these topic lists: African Americans • Education. In addition, it is included in the Historically Black Colleges and Universities, and the West Virginia Archives and History series lists. A significant historical date for this entry is April 3, 1950. 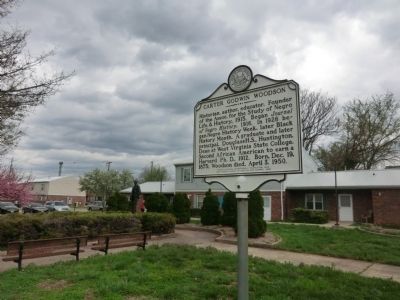 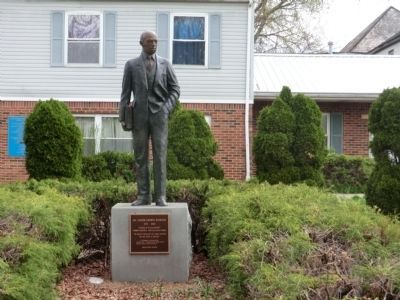 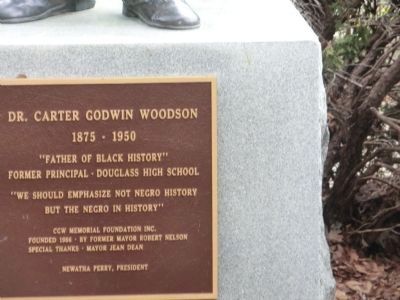 Photographed By Don Morfe, April 14, 2014
4. Carter Godwin Woodson plaque at the base of the statue
Dr. Carter Goodwin Woodson, 1875-1950, “Father of Black History,” former principal - Douglass High School. “We should emphasize not Negro History but The Negro History.”
CGW Memorial Foundation, Inc., Founded 1986 by former Mayor Robert Nelson. Special Thanks to Major Jean Dean. Newatha Perry, President.
Credits. This page was last revised on July 28, 2021. It was originally submitted on May 14, 2014, by Don Morfe of Baltimore, Maryland. This page has been viewed 546 times since then and 61 times this year. Photos:   1, 2, 3, 4. submitted on May 14, 2014, by Don Morfe of Baltimore, Maryland. • Bill Pfingsten was the editor who published this page.
Share this page.