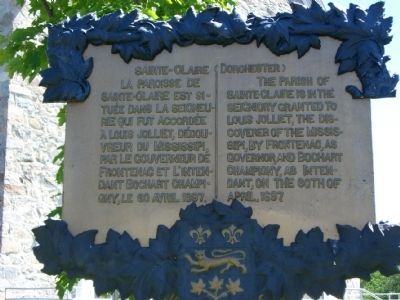 The parish of Sainte-Claire is in the seigniory granted to Louis Jolliet, the discoverer of the Mississipi, by Frontenac, as Governor, and Bochart Champigny, as Intendant, on the 30th of April, 1697.

French translation is to the left of the English text above.

More about this marker. It is interesting to note that the marker misspells the word "Mississippi" both in French and in English. 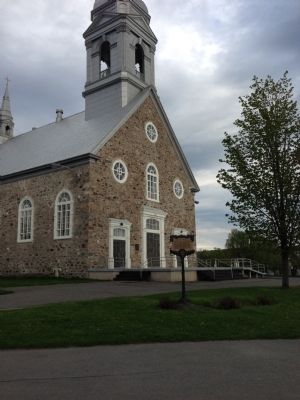