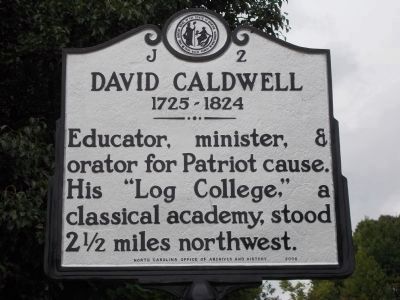 Photographed By Michael C. Wilcox, August 20, 2013
1. David Caldwell Marker
Inscription.
David Caldwell. Educator, minister, and orator for Patriot cause. His "Log College," a classical academy, stood 2½ miles northwest. . This historical marker was erected in 2009 by North Carolina Division of Archives and History. It is in Greensboro in Guilford County North Carolina

Topics and series. This historical marker is listed in these topic lists: Civil Rights • Education • Patriots & Patriotism • War, US Revolutionary. In addition, it is included in the North Carolina Division of Archives and History series list.

Other nearby markers. At least 8 other markers are within 2 miles of this marker, measured as the crow flies. Curtis House (approx. ¾ mile away); Greensboro College (approx. 0.8 miles away); Edgeworth Female Seminary (approx. one mile away); John Motley Morehead (approx. 1.1 miles away); 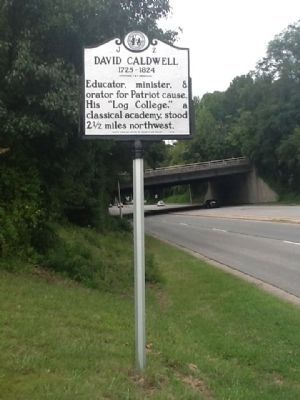 Related marker. Click here for another marker that is related to this marker. To better understand the relationship, study each marker shown. 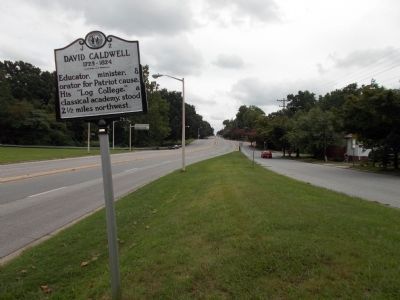 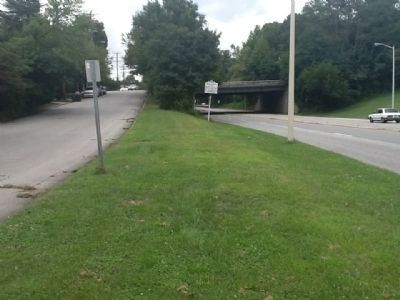 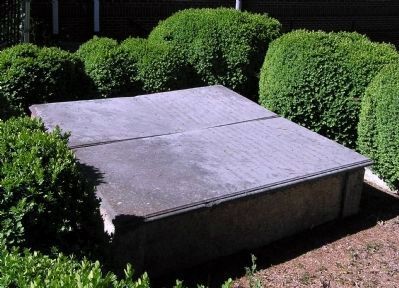 Photographed By Paul Crumlish, May 10, 2010
5. The Grave of David Caldwell
Located in the family plot at the Buffalo Presbyterian Church. Caldwell (right) is interred next his wife, Sarah. 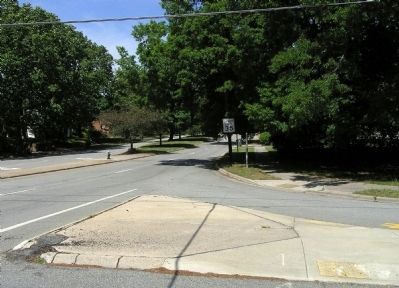