Birthplace of the Grain Elevator 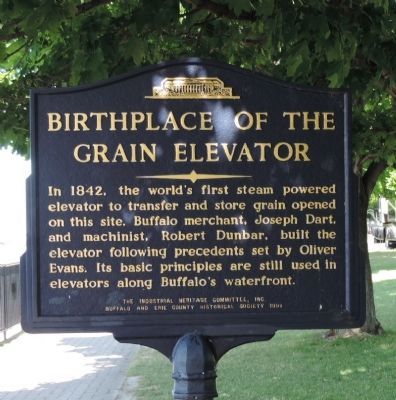 By Richard E. Miller, July 4, 2014
1. Birthplace of the Grain Elevator Marker
Inscription.
Birthplace of the Grain Elevator. . . In 1842, the world's first steam powered elevator to transfer and store grain opened on this site. Buffalo merchant, Joseph Dart, and machinist, Robert Dunbar, built the elevator following precedents set by Oliver Evans. Its basic principles are still used in elevators along Buffalo's waterfront. . This historical marker was erected in 1990 by The Industrial Heritage Committee, Inc. Buffalo and Erie County Historical Society. It is in Buffalo in Erie County New York 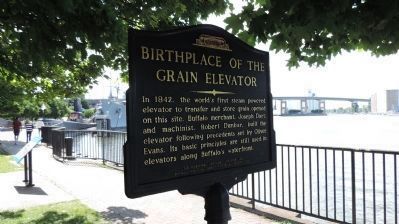 Additional comments.
1. Marker missing and then found in the Erie Basin Marina.
After going missing around June 12th, this marker was found, about two weeks later in the water nearby. Police suspect whoever took it may have dumped it in the water when they realized how heavy it was.
— Submitted July 13, 2017, by Mark Hilton of Montgomery, Alabama. 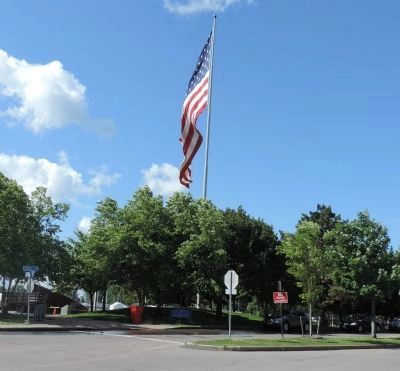