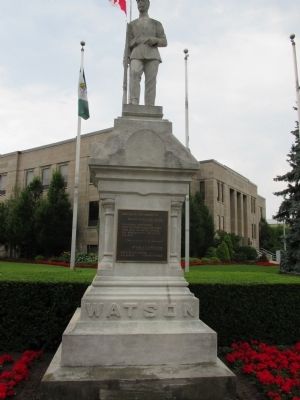 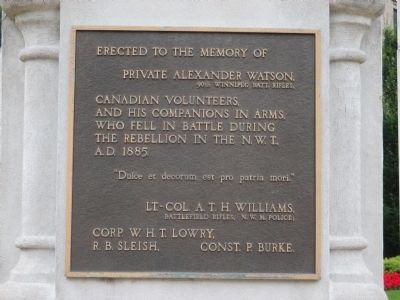 Topics. This memorial is listed in this topic list: Heroes.

Location. 43° 9.584′ N, 79° 14.819′ W. Marker is in St. Catharines, Ontario, in Niagara Region. Memorial is at the intersection of Church Street and James Street, on the left when traveling south on Church Street. Marker is on the front lawn of City Hall, left corner. Touch for map. Marker is at or near this postal address: 50 Church Street, St Catharines ON L2R 7C2, Canada. Touch for directions. 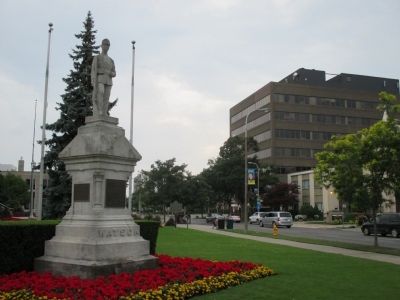 More about this marker. Marker includes a plaque, left side, for four killed in the Boer War. The monument itself, however, was erected in 1886. 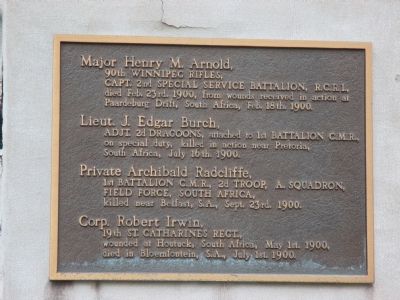 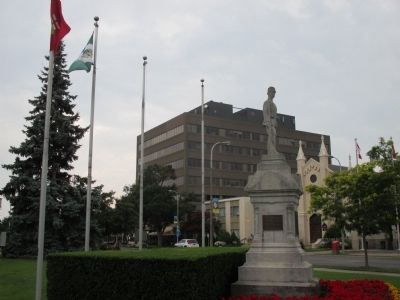 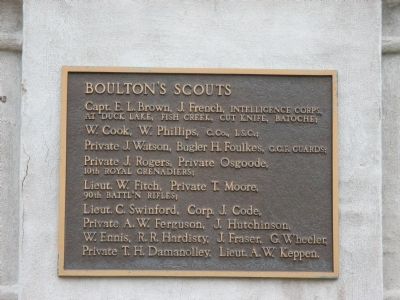 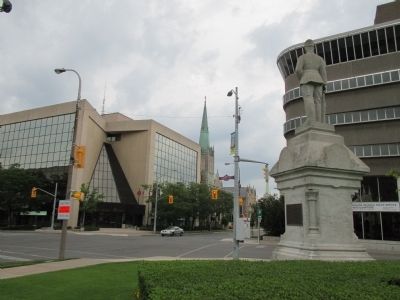