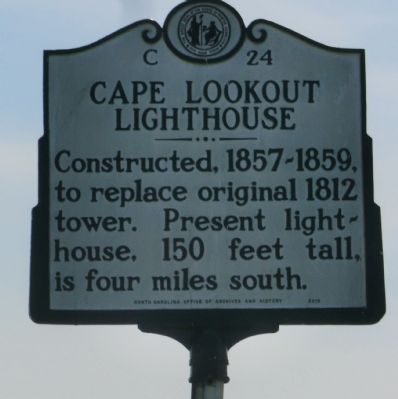 Topics and series. This historical marker is listed in this topic list: Waterways & Vessels. In addition, it is included in the Lighthouses, and the North Carolina Division of Archives and History series lists. A significant historical year for this entry is 1812.

Location. 34° 41.1′ N, 76° 31.668′ W. Marker is in Harkers Island, North Carolina, in Carteret County. Marker is at the intersection of Island Road (County Route 1335) and Cape Point Drive, on the right when traveling east on Island Road. The marker is near the entrance to the Cape Lookout National Seashore Visitor Center. Touch for map. Marker is in this post office area: Harkers Island NC 28531, United States of America. Touch for directions.

Other nearby markers. At least 8 other markers are within walking distance of this marker. Fort Hancock (a few steps from this marker); Harkers Island Visitor Center at Cape Lookout National Seashore (about 300 feet away, measured in a direct line); Olive Thurlow Anchor 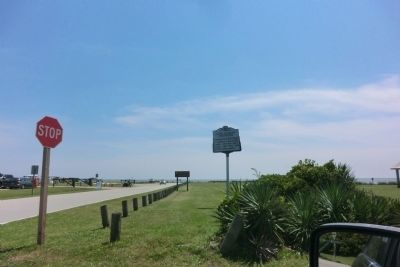 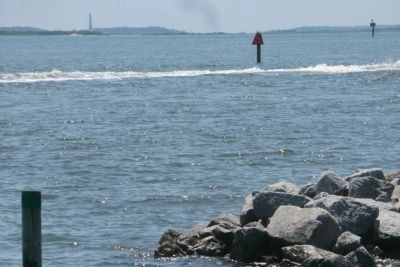