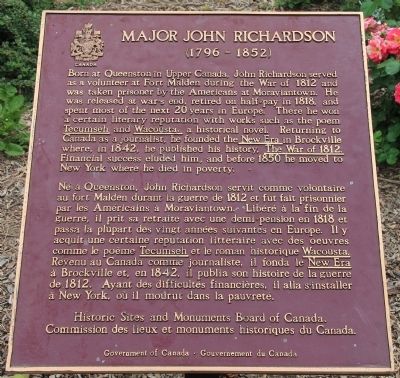 Photographed By Dale K. Benington, June 15, 2013
1. Major John Richardson (1796 - 1852) Marker
Inscription.
. This historical marker was erected by Historic Sites and Monuments Boards of Canada. It is in Amherstburg in Essex County Ontario

Born at Queenston in Upper Canada, John Richardson served as a volunteer at Fort Malden during the War of 1812 and was taken prisoner by the Americans at Moraviantown. He was released at war's end, retired on half-pay in 1818, and spent most of the next 20 years in Europe. There he won a certain literary reputation with works such as the poem Tecumseh and Wacousta, a historical novel. Returning to Canada as a journalist, he founded the New Era in Brockville where, in 1842, he published his history, The War of 1812. Financial success eluded him, and before 1850 he moved to New York where he died in poverty. 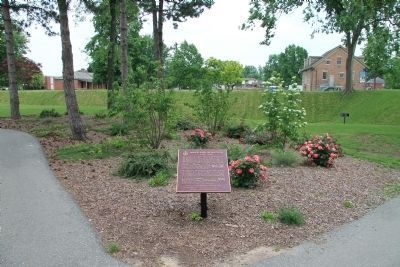