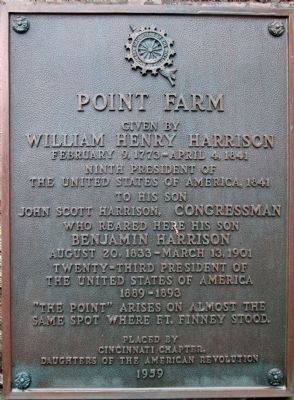 Photographed By Rev. Ronald Irick, October 13, 2014
1. Point Farm Marker
William Henry Harrison's farm, the south west corner of Ohio
Inscription.
Point Farm given by William Henry Harrison February 9, 1773 – April 4, 1841 ninth president of the United States of America to his son, John Scott Harrison, Congressman who reared his son Benjamin Harrison August 20, 1833 – March 13, 1901 twenty-third president of the United States of America 1889-1893 “the Point” arises on almost the spot where Ft. Finney stood. . This historical marker was erected in 1959 by Daughters of the American Revolutiom. It is in North Bend in Hamilton County Ohio

Erected 1959 by Daughters of the American Revolutiom.

Topics and series. This historical marker is listed in these topic lists: Settlements & Settlers • War of 1812 • Wars, US Indian. In addition, it is included in the Daughters of the American Revolution (DAR), the Former U.S. Presidents: #09 William Henry Harrison, and the Former U.S. Presidents: #23 Benjamin Harrison series lists. A significant historical date for this entry is February 9, 1773. 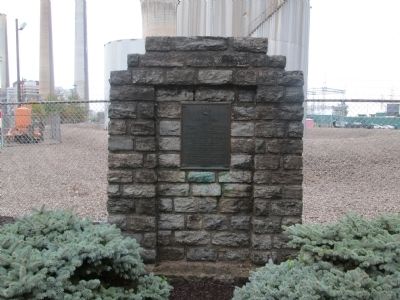 Click or scan to see
this page online
Finney marker, simply on the other side of the driveway. Touch for map. Marker is at or near this postal address: 11021 Brower Road, North Bend OH 45052, United States of America. Touch for directions. 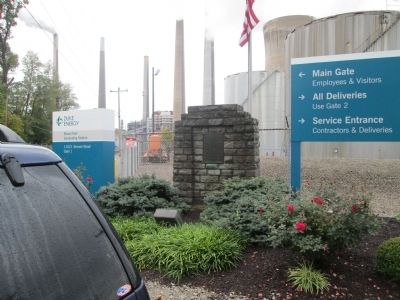 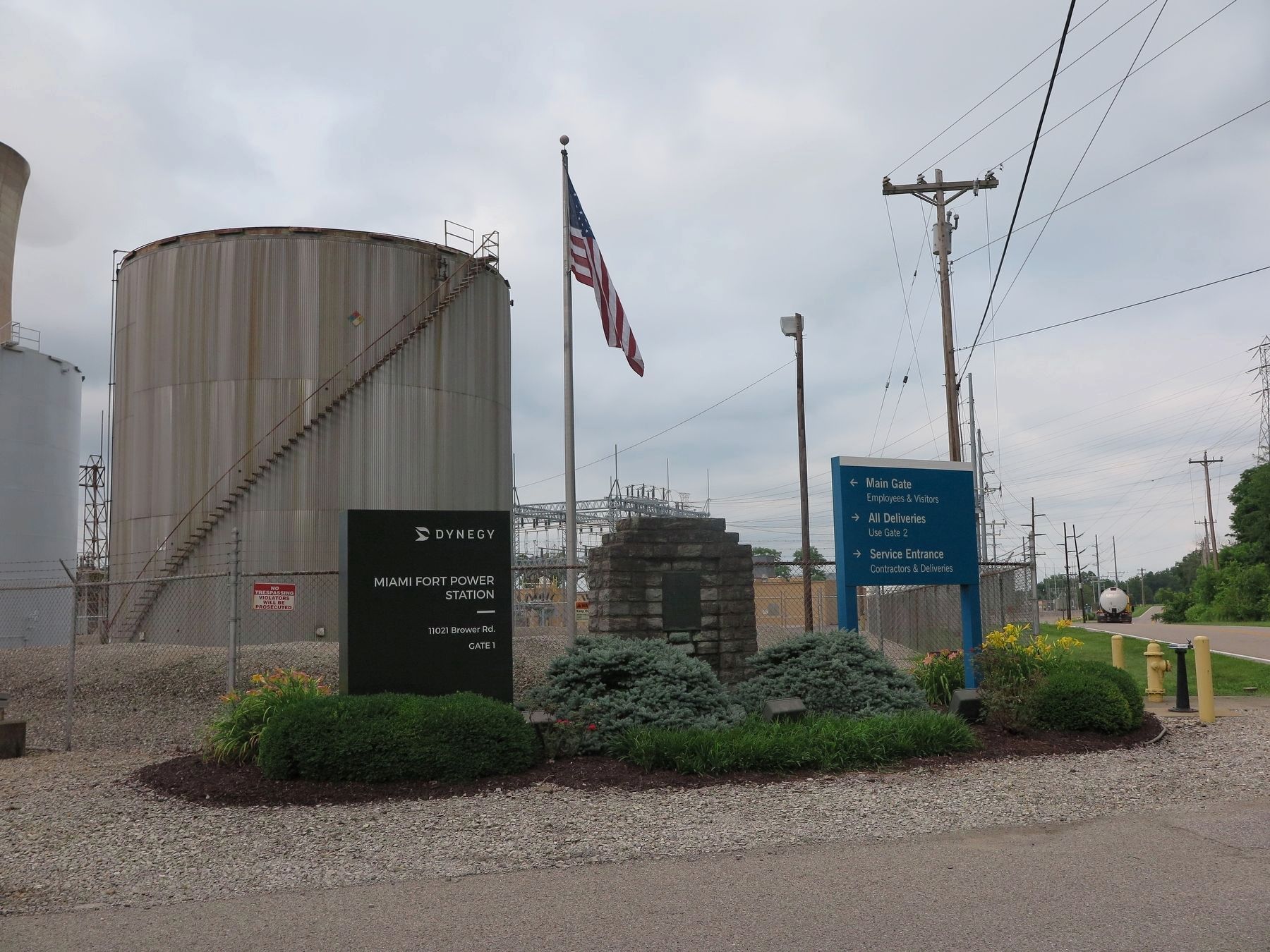 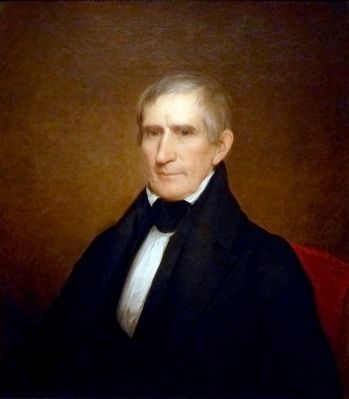 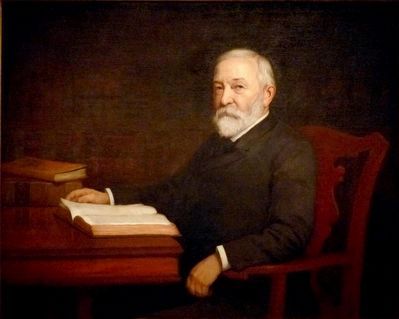