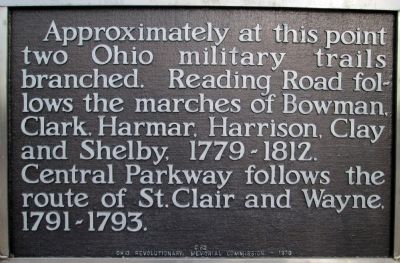 Topics and series. This memorial is listed in these topic lists: Roads & Vehicles • War of 1812 • Wars, US Indian. In addition, it is included in the Former U.S. Presidents: #09 William Henry Harrison series list. A significant historical year for this entry is 1812. 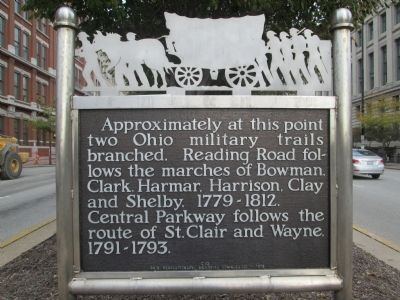 Additional commentary.
1.
I tried to research this marker before submission. I now see it has already been published under a different title.
Sorry for any confusion.
Ron
— Submitted November 19, 2014, by Rev. Ronald Irick of West Liberty, Ohio. 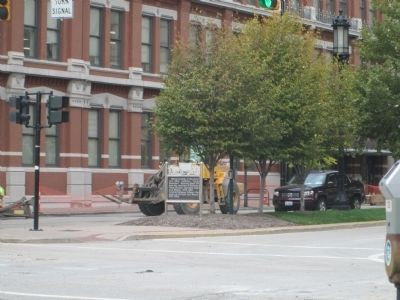 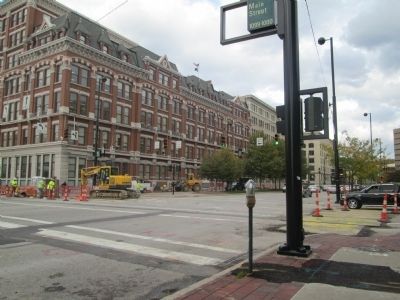 Photographed By Rev. Ronald Irick, October 13, 2014
5. Ohio Revolutionary War Commission Marker
markers in this 1930's series each were adorned with a unique silhouette on top. Many of these classic artworks are gone. This is a perfect example of the style.