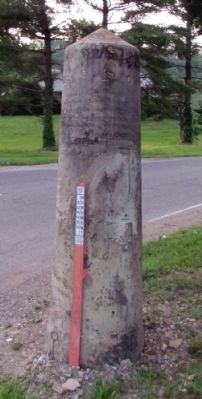 (South Face)
State Line as resurveyed under a joint resolution passed by Indiana on the 27th Jan. and by Ohio on the 10th March 1837.

Topics. This historical marker monument is listed in this topic list: Political Subdivisions. 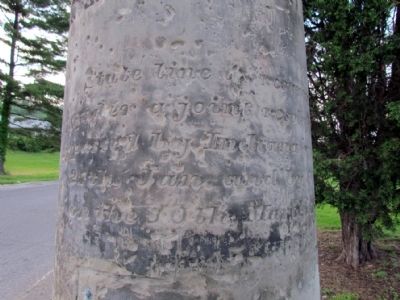 More about this monument. According to the Hamilton County Engineer's Office, the monument is a tapered cylindrical shaft of fine-grain sandstone. It is nine feet long and weighs 5,000 pounds. On October 11, 1929, the Col. Archibald Lochry chapter of the Daughters of the American Revolution placed a bronze tablet to the south face of the monument, but the tablet is now missing. 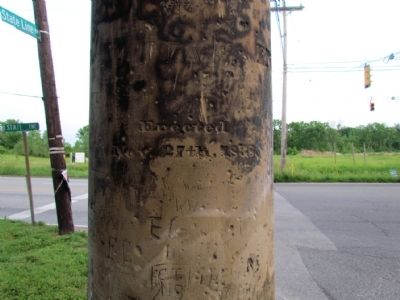 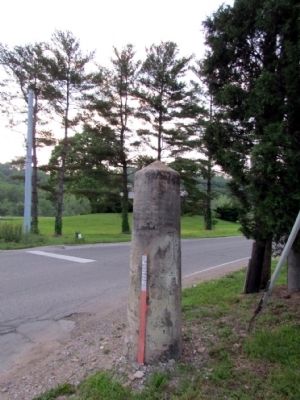 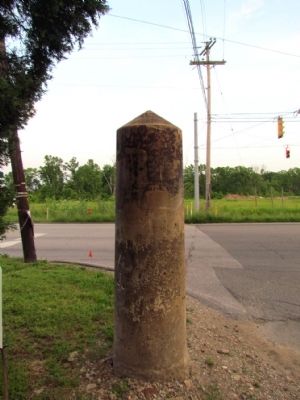