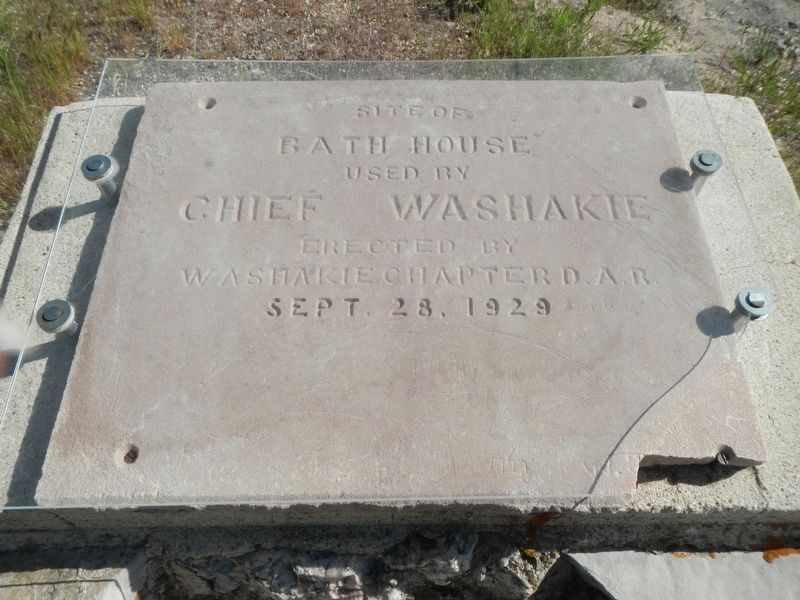 Erected 1929 by Daughter of the American Revolution, Washakie Chapter.

Location. 43° 39.312′ N, 108° 11.688′ W. Marker is near Thermopolis, Wyoming, in Hot Springs County. Marker is on Big Springs Drive near Pasture Road, on the right when traveling north. Touch for map. Marker is in this post office area: Thermopolis WY 82443, United States of America. Touch for directions.

More about this marker. This marker is located in Hot Springs State Park near Thermopiles, Wyoming. 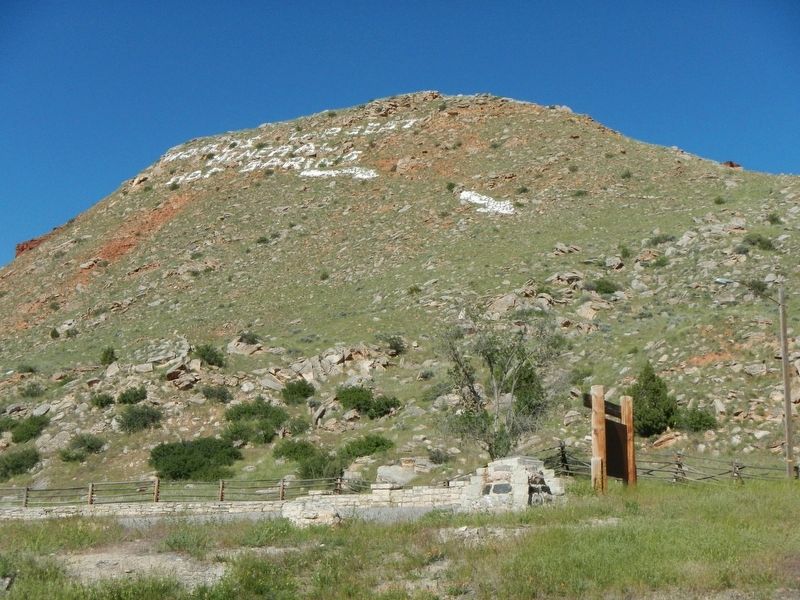