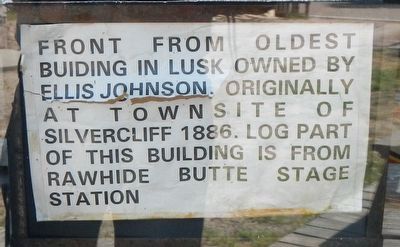 Front from oldest building in Lusk owned by Ellis Johnson. Originally at townsite of Silvercliff 1886. Log part of this building is from Rawhide Butte Stage Station.

More about this marker. The building is at the back of the Stagecoach Museum in Lusk. 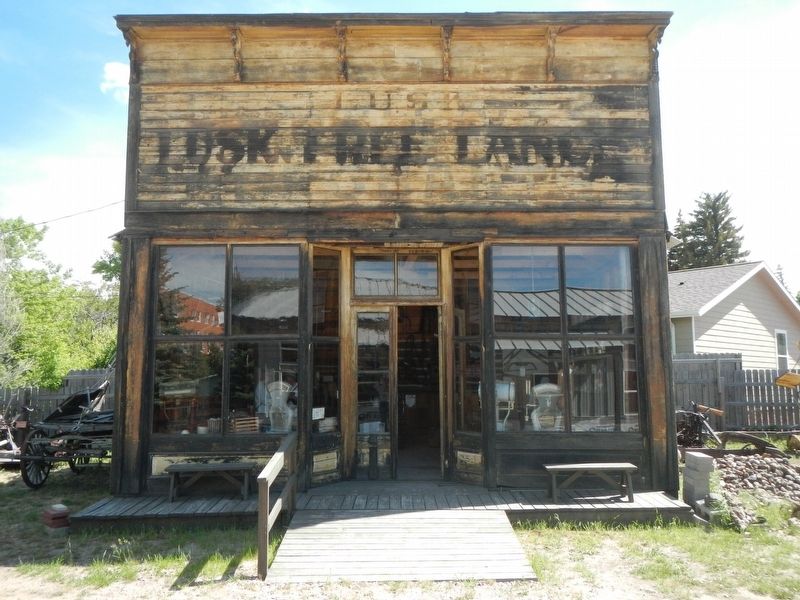 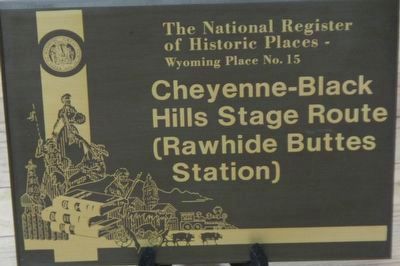