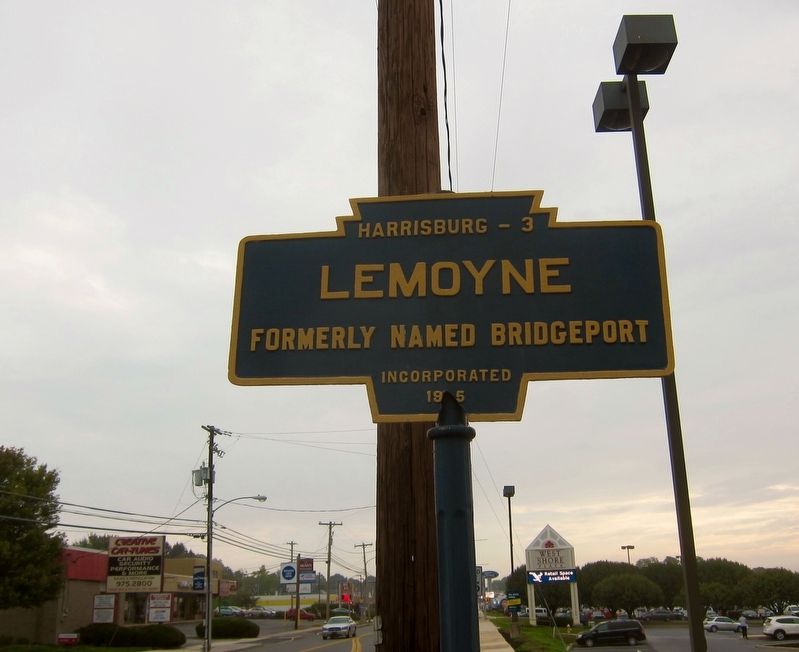 Erected by Pennsylvania Department of Highways. 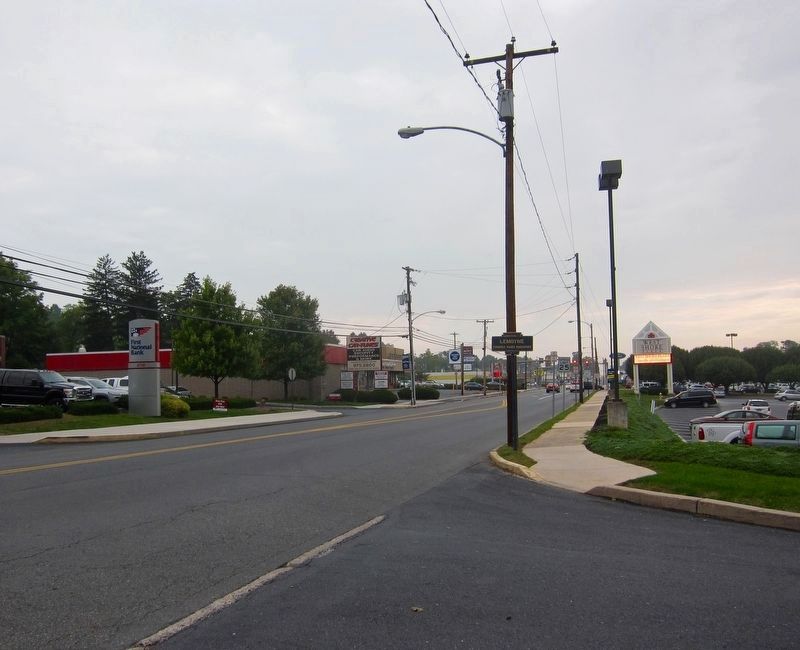 Click or scan to see
this page online
History - Borough of Lemoyne. Bourough website homepage:
Before Lemoyne was incorporated in 1905, the area was first named as Bridgeport in 1835 and later Riverton in 1888. When the population hit 800, the citizens decided to apply for their own post office. The United States Postal Service granted the request on one condition, that the name of the town be changed so as not to be confused with Riverton, VA.... (Submitted on October 20, 2016.)
Credits. This page was last revised on April 6, 2022. It was originally submitted on October 20, 2016, by Andrew Ruppenstein of Sacramento, California. This page has been viewed 328 times since then and 29 times this year. Photos:   1, 2. submitted on October 20, 2016, by Andrew Ruppenstein of Sacramento, California.
Share this page.