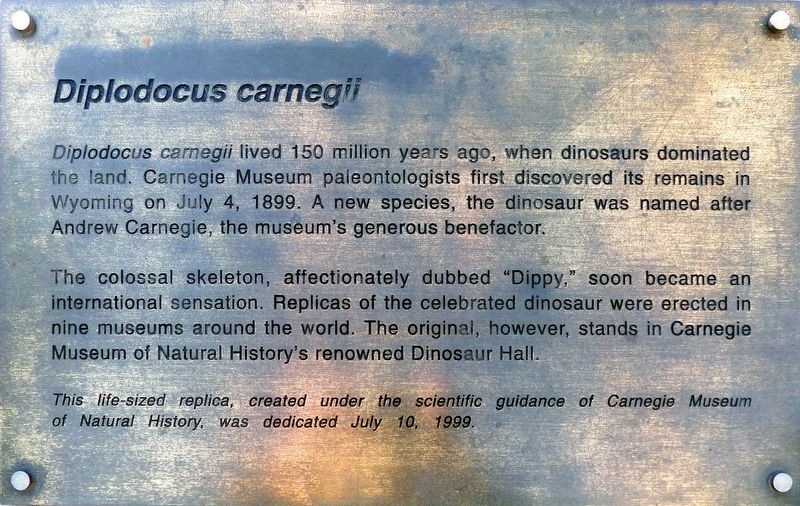 Diplodocus carnegii lived 150 million years ago, when dinosaurs dominated the land. Carnegie Museum paleontologists first discovered the remains in Wyoming on July 4, 1899. A new species, the dinosaur was named after Andrew Carnegie, the museums generous benefactor.

The colossal skeleton, affectionately dubbed “Dippy,” soon became an international sensation. Replicas of the celebrated dinosaur were erected in nine museums around the world. The original, however, stands in Carnegie Museum of Natural History's own Dinosaur Hall.

This life-sized replica, created under the scientific guidance of Carnegie Museum of Natural History, was dedicated July 10, 1999.

Erected 1999 by The Carnegie Museum of Natural History.

Topics. This historical marker is listed in these topic lists: Paleontology • Science & Medicine. A significant historical date for this entry is July 4, 1899. 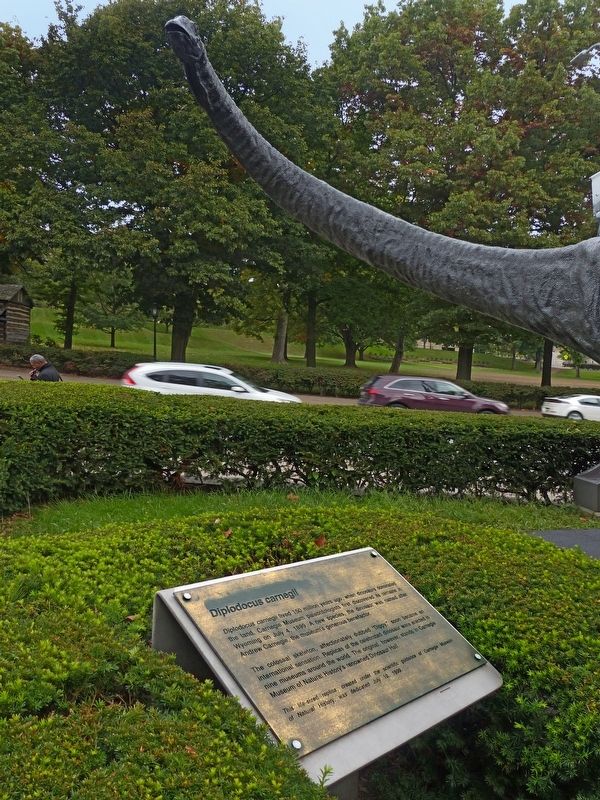 Click or scan to see
this page online
Museum of Natural History. Touch for map. Marker is at or near this postal address: 4216 Forbes Avenue, Pittsburgh PA 15213, United States of America. Touch for directions. 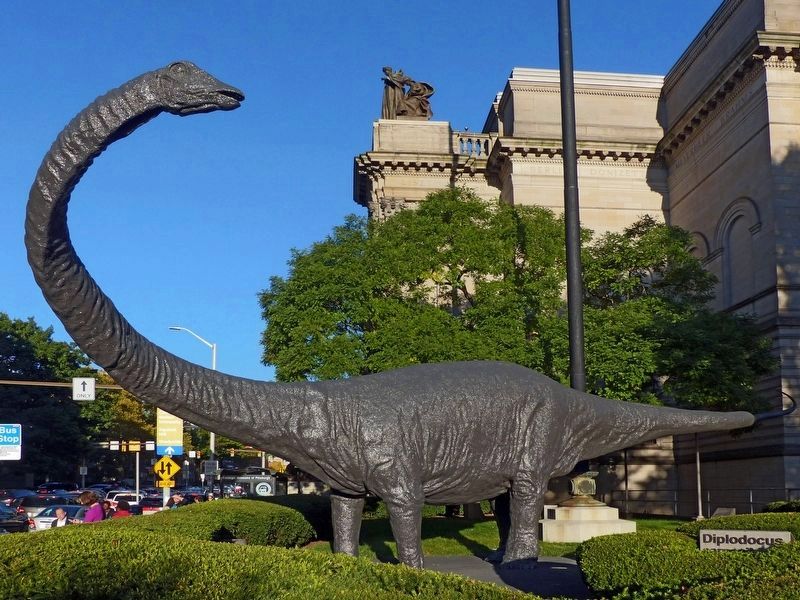 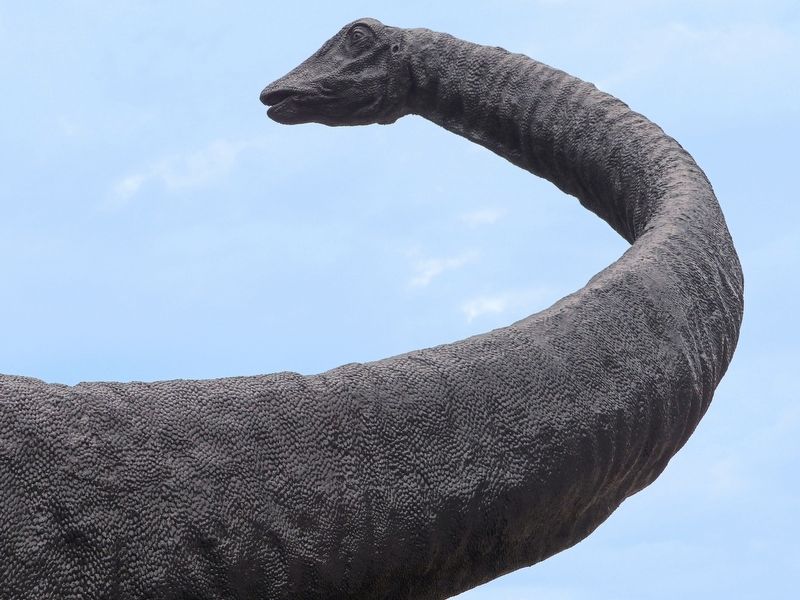 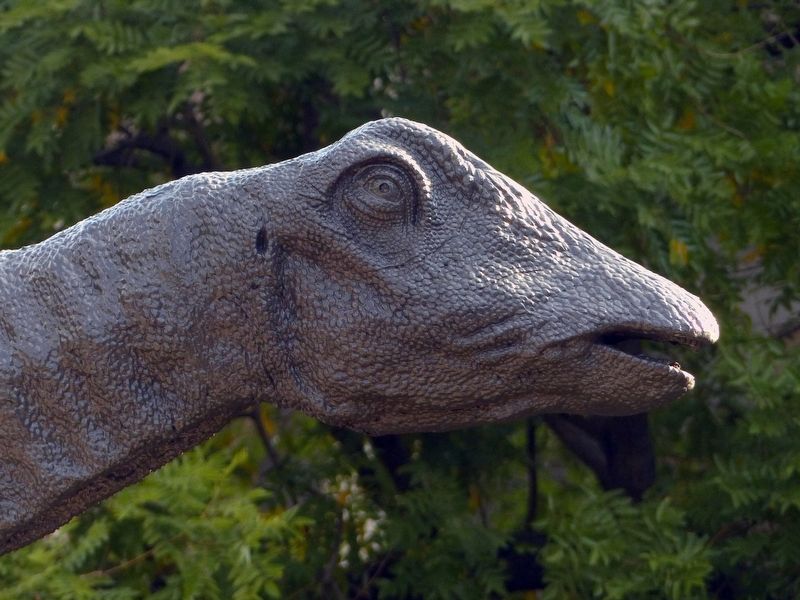 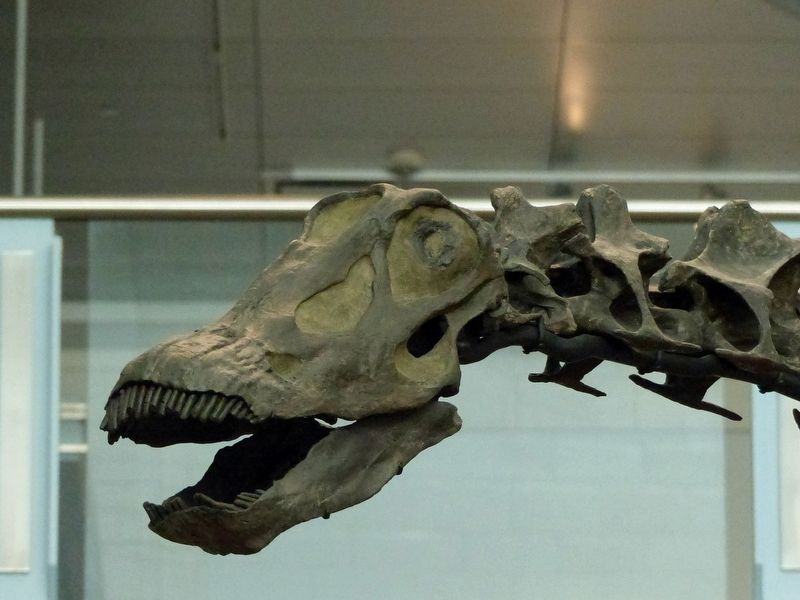 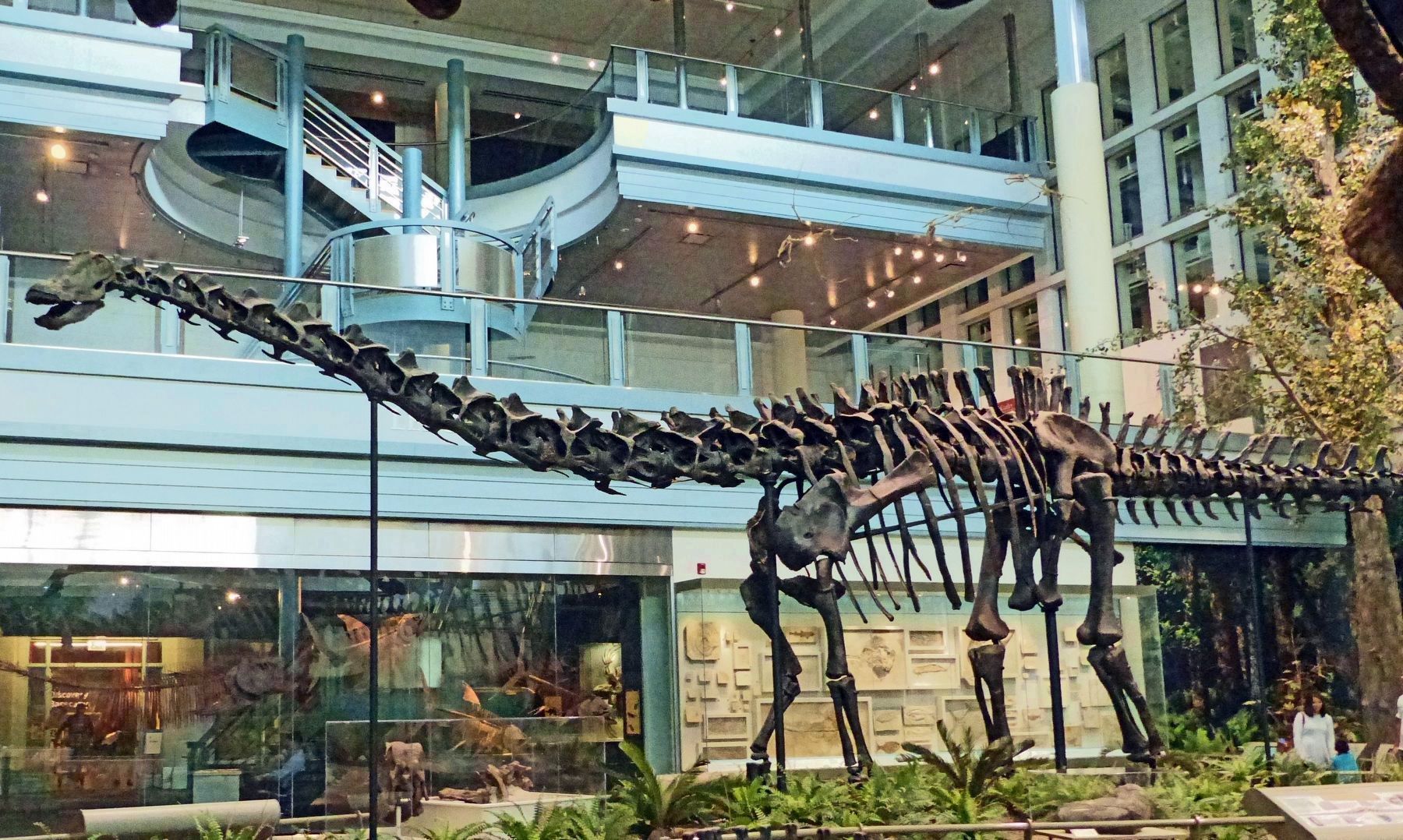 By Allen C. Browne, October 16, 2016
7. Diplodocus carnegii Skeleton
Andrew Carnegie reading his newspaper on November 1898 saw an article headlined "Most Colossal Animal Ever on Earth Just Found Out West!" describing the discovery of this huge dinosaur skeleton by a University of Wyoming Paleontologist. Carnegie wrote to Dr. William J. Holland director of the Carnegie Museum, "Buy this for Pittsburgh" and mailed him a check for $10,000. This skeleton is the type specimen for Diplodicus carnegii. 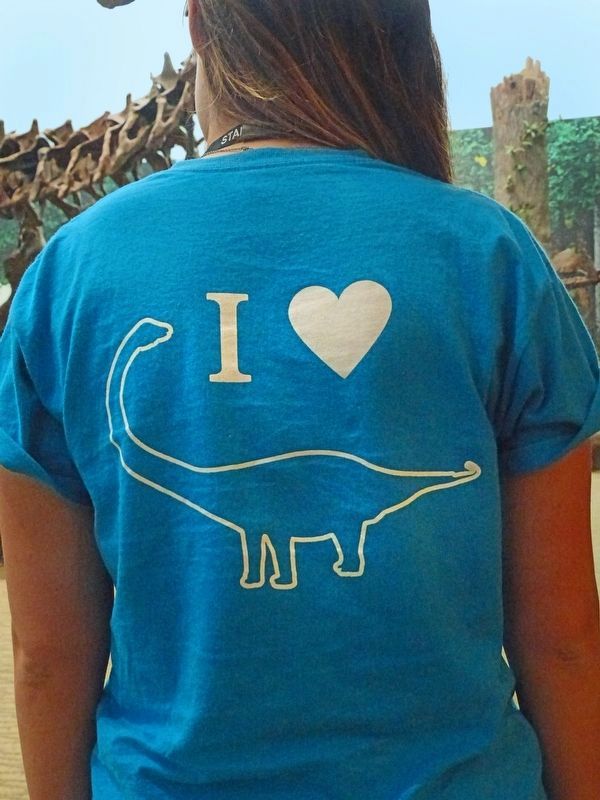 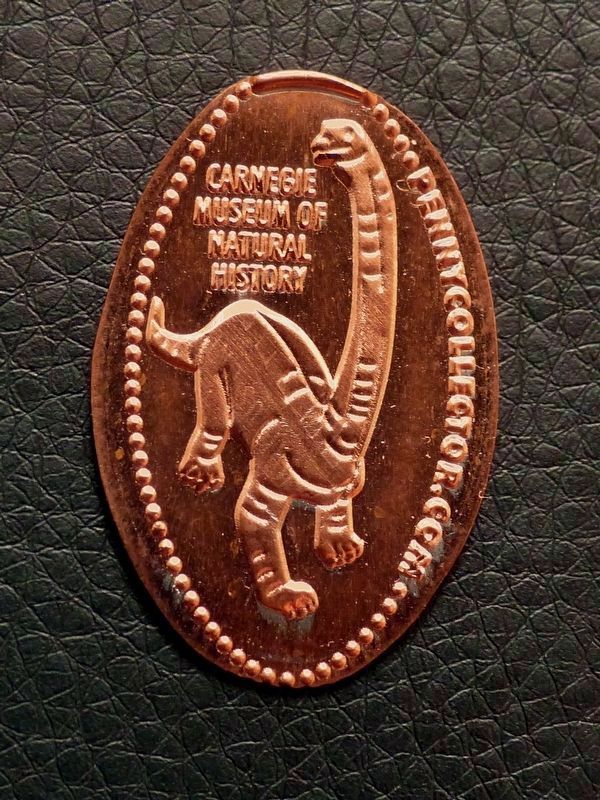