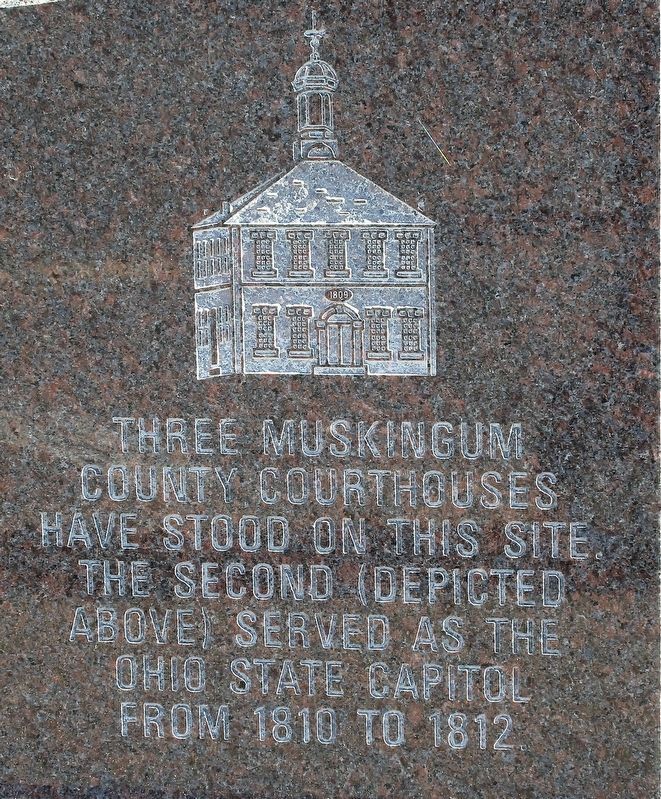 Three Muskingum County Courthouses have stood on this site. the second (depicted above) served as the Ohio State Capitol from 1810 to 1812

Location. 39° 56.413′ N, 82° 0.461′ W. Marker is in Zanesville, Ohio, in Muskingum County. Marker is at the intersection of Main Street (U.S. 40) and North 4th Street, on the right when traveling west on Main Street. Marker is on the southwest corner of the courthouse lawn. Touch for map. Marker is at or near this postal address: 401 Main Street, Zanesville OH 43701, United States of America. Touch for directions. 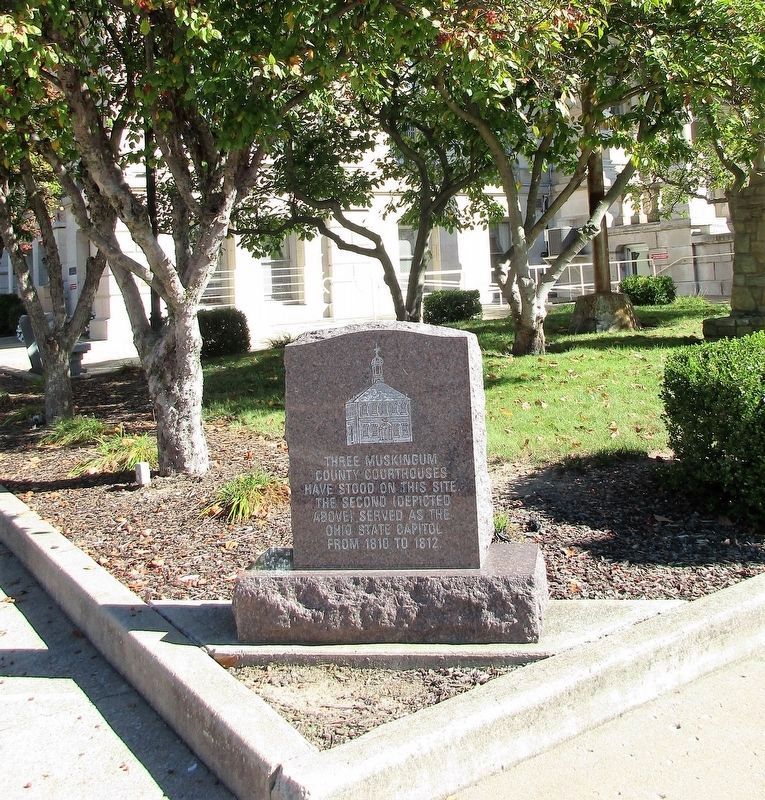 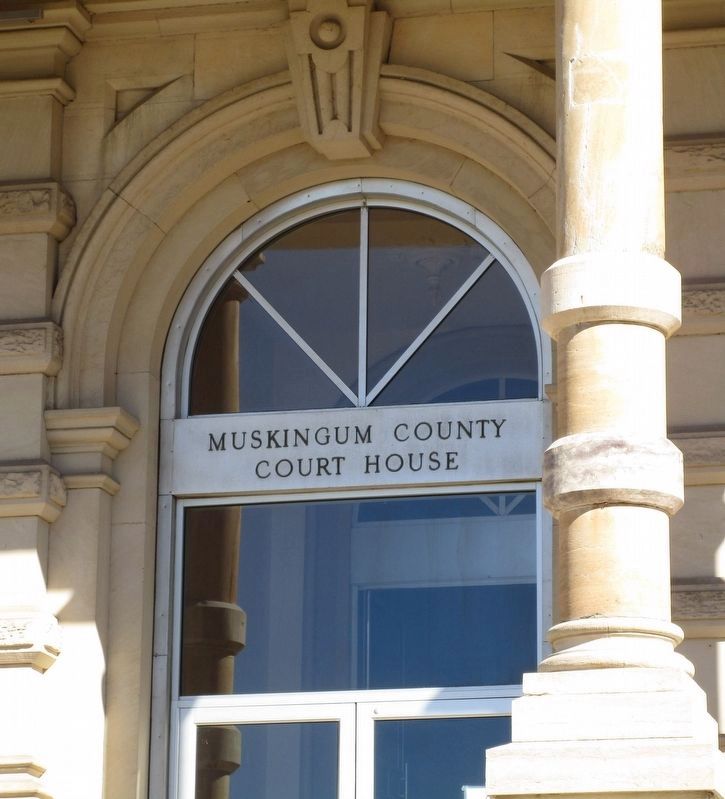