Laid in One Day 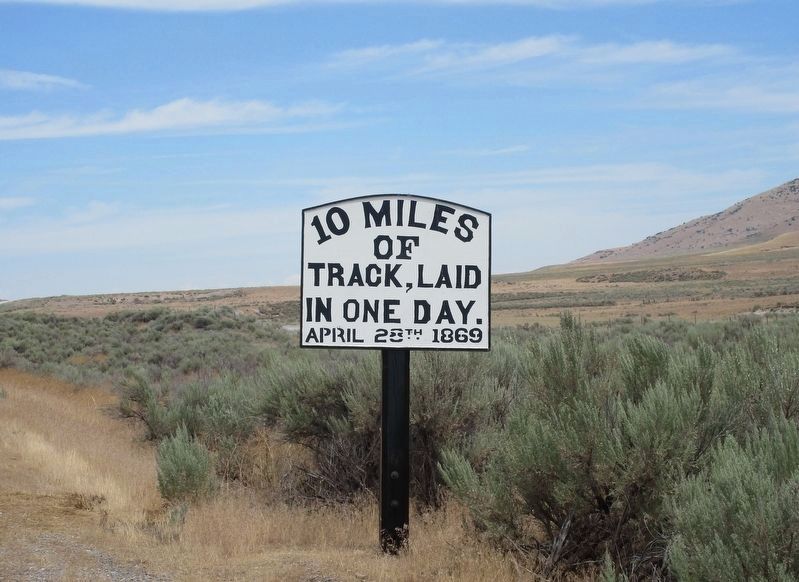 Erected by the Central Pacific Railroad (original marker). This replica was erected by the U.S. National Park Service.

Topics. This historical marker is listed in this topic list: Railroads & Streetcars. A significant historical date for this entry is April 28, 1869.

Location. 41° 34.641′ N, 112° 35.598′ W. Marker is near Corinne, Utah, in Box Elder County. Marker is on Transcontinental Railroad National Back Country By (at milepost 7), on the right when traveling east. This is a replica marker, installed at the original site. The original marker is located at the Museum at Promontory. Touch for map. Marker is in this post office area: Corinne UT 84307, United States of America. Touch for directions. 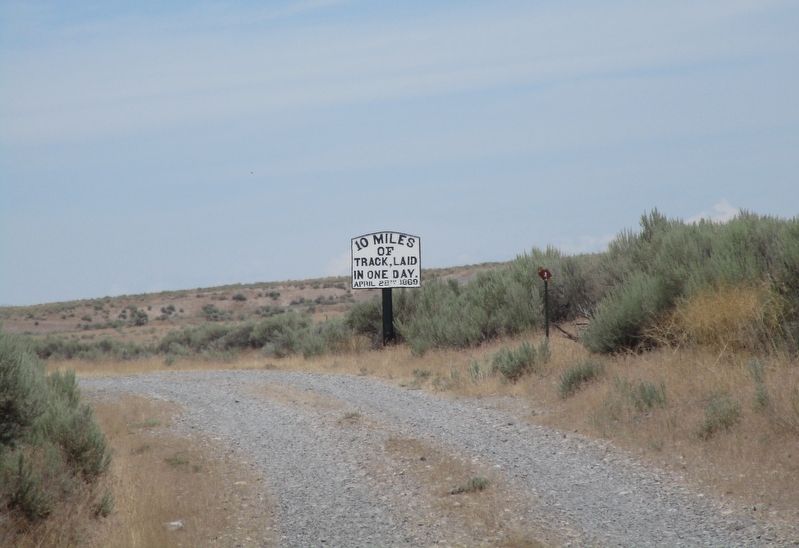 Regarding 10 Miles of Track. Marker is placed at the east end of the ten miles.

The tracklaying race of 1869 was an unofficial contest between tracklaying crews of the Union Pacific and Central Pacific railroads, held during the construction of the First Transcontinental Railroad. In their competition to determine who would reach the meeting place at Promontory, Utah first, starting in 1868, the railroad crews set and broke each other's world records for the longest length of track laid in a single day, culminating in the April 28, 1869 record set by Chinese and Irish crews of the Central Pacific, who laid 10 miles 56 feet of track in one day. That record was broken by approximately 1,000 feet in August 1870 by two crews, working from both ends, during the construction of the Kansas Pacific. 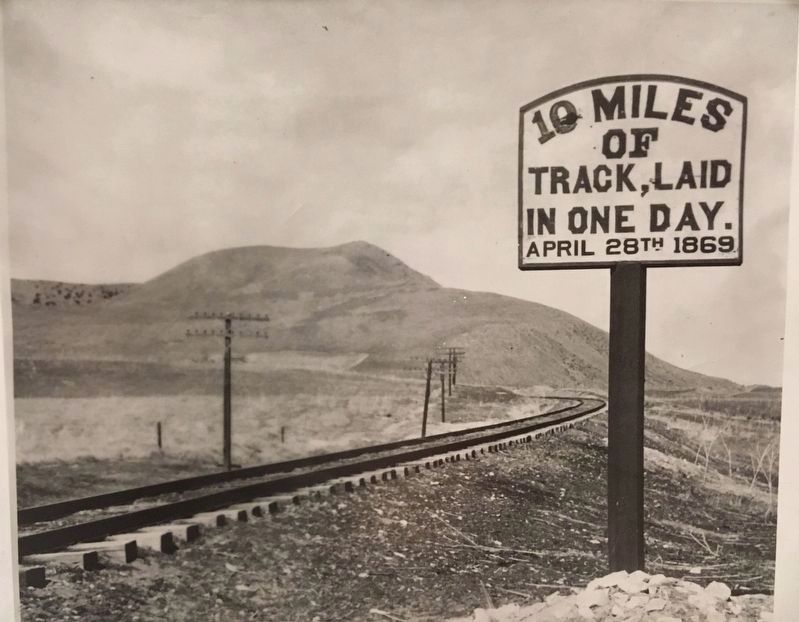 3. Original Marker
Photo on display in Pioneer Memorial Museum in Salt Lake City.
1. I have waited my whole life to see this marker
— Submitted November 28, 2016, by Rev. Ronald Irick of West Liberty, Ohio. 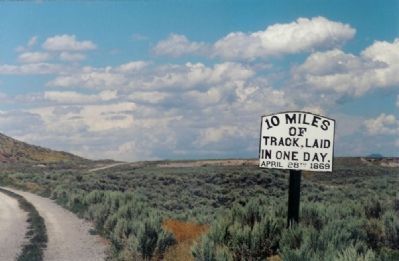 Photographed By Michael Stroud, circa June 1997
4. 10 Miles of Track Marker
The tracks are no longer there, but the gravel road traces the route. 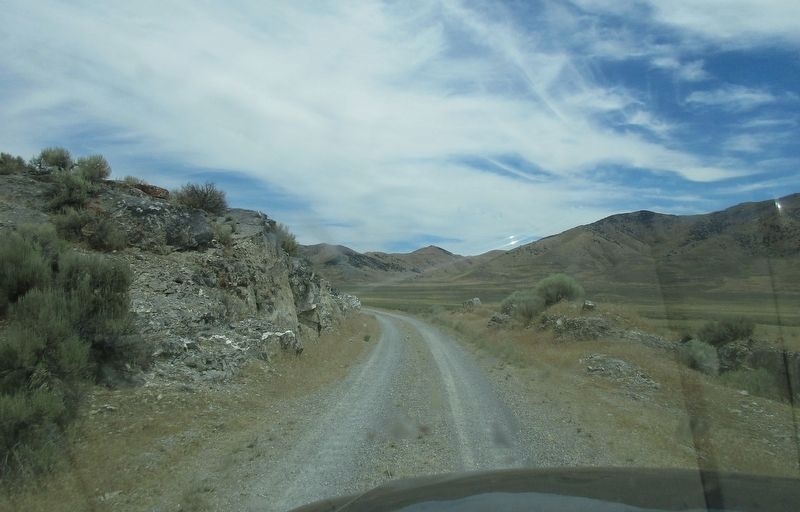 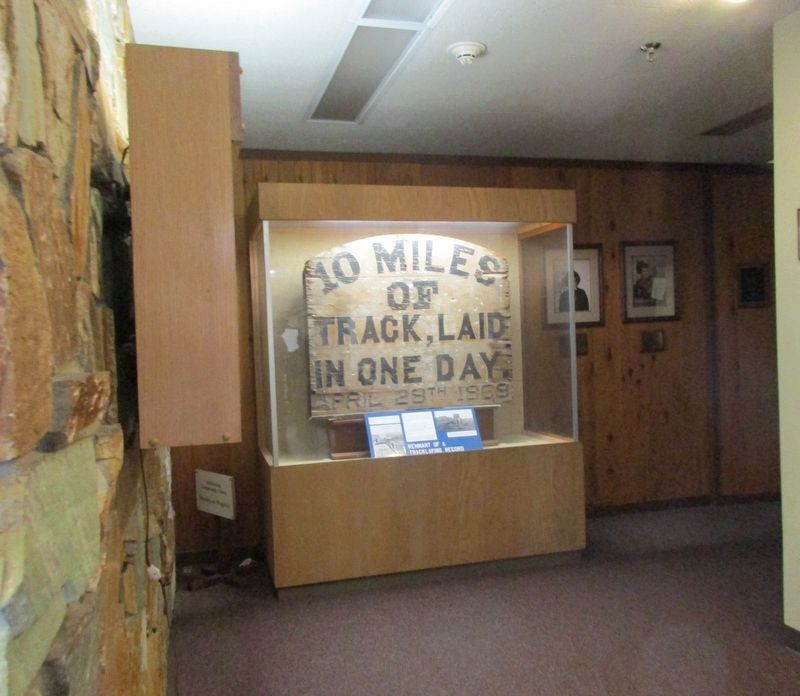 Photographed By Rev. Ronald Irick, July 15, 2016
6. Ten Miles of Track Marker
Perhaps the original marker, located at the National Park Service Museum at Promontory, several miles to the east of the marker site. 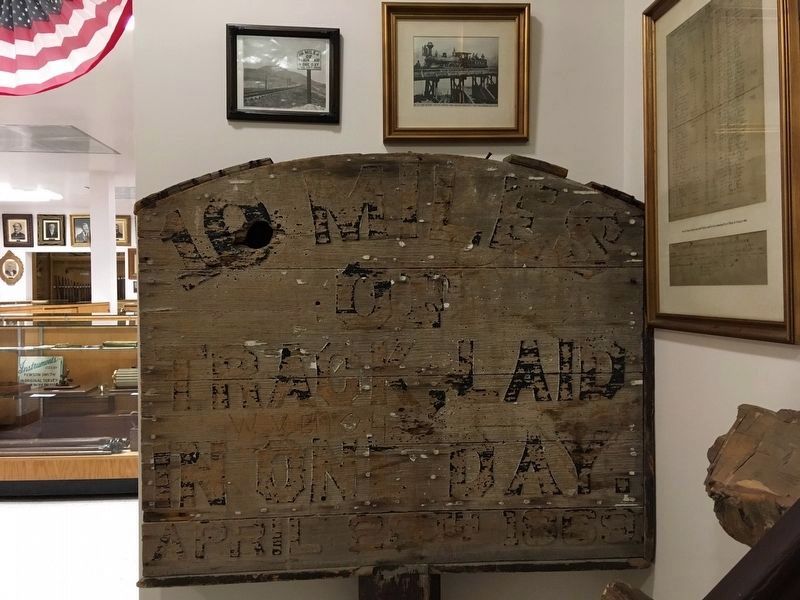 Photographed By Craig Baker, April 17, 2019
7. Another Original Marker
This one is on display in the Pioneer Memorial Museum in Salt Lake City. 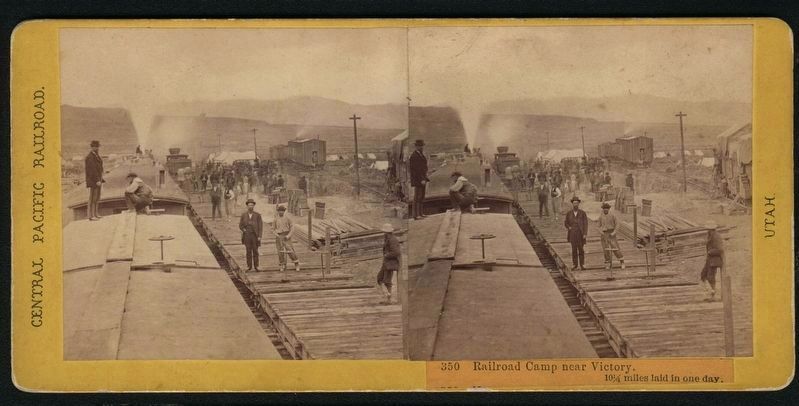