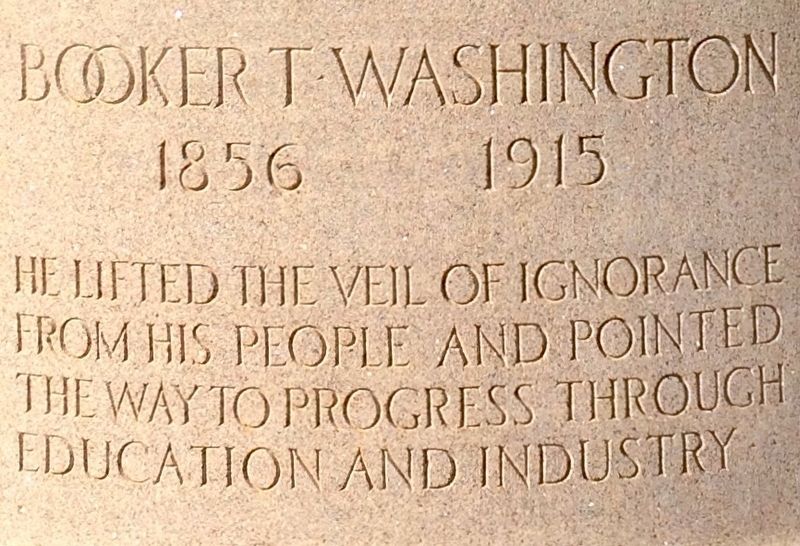 By Mark Hilton, November 16, 2016
1. Booker T Washington Statue
Inscription.
Booker T Washington. 1856 1915. . [Center] . He lifted the Veil of Ignorance . from his people and pointed . the way to progress through . education and industry. [Far left] . We shall prosper in proportion as we . learn to dignify and glorify labor. [Far right] . And put brains and skill into the . common occupations of life. [Near left] . There is no defense or . security for any of us except . in the highest intelligence . and development of all. [Near right] . I will let no man drag me down . so low as to make me hate him. [Rear] . This monument is erected by . contributions from Negroes . in the United States as a loving . tribute to the memory of their . great leader and benefactor . This historical marker was erected in 1922. It is in Tuskegee Institute in Macon County Alabama 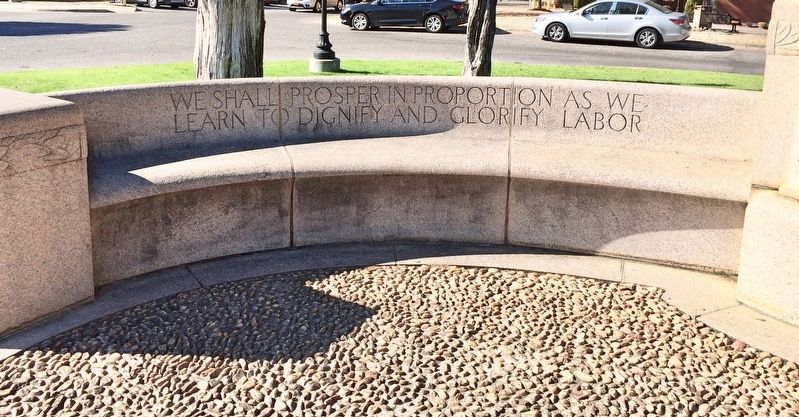 More about this marker. The original chapel burned down in 1957. Current chapel was reconstructed in 1969. Sculpture by Charles Keck. Cast by Roman Bronze Works of New York. 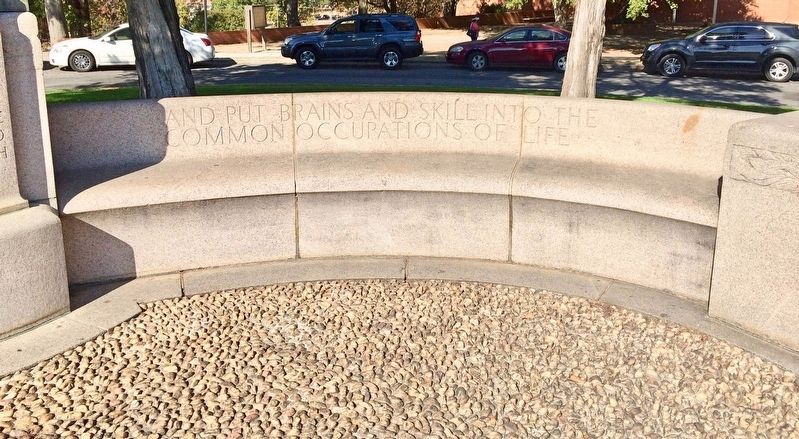 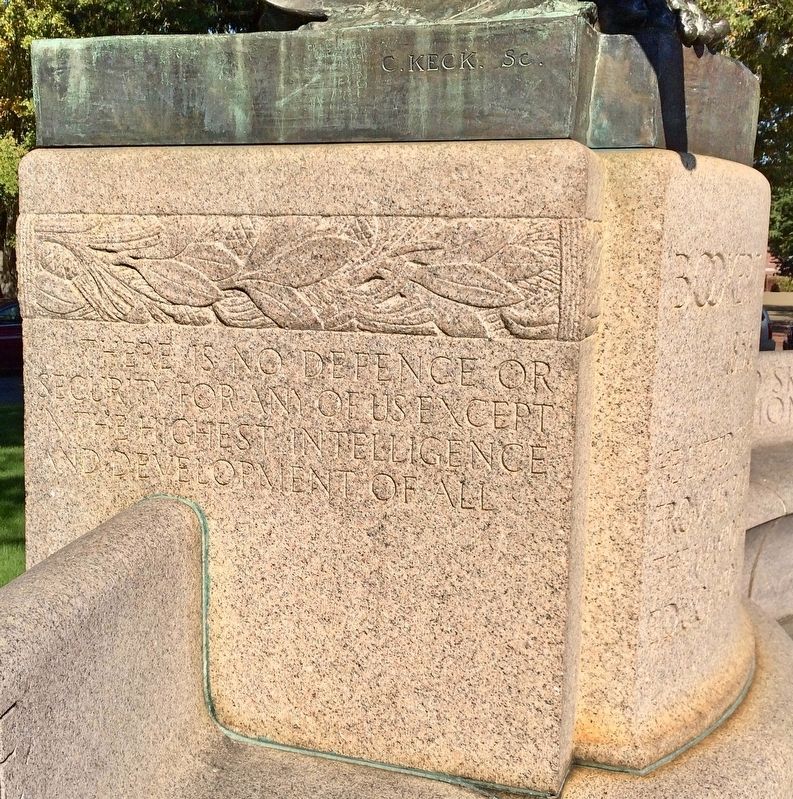 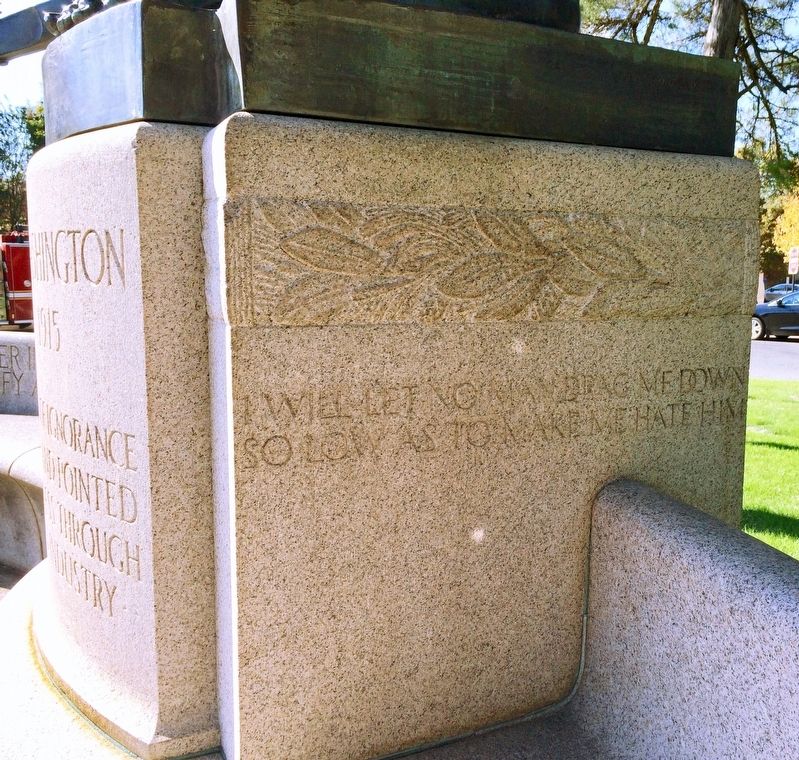 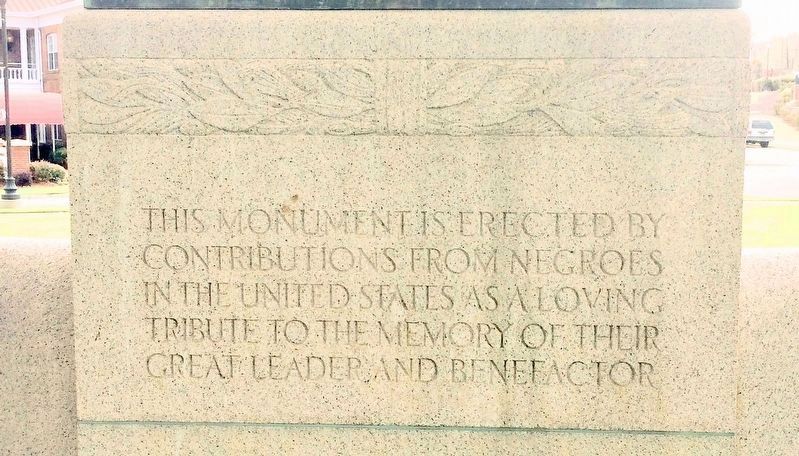 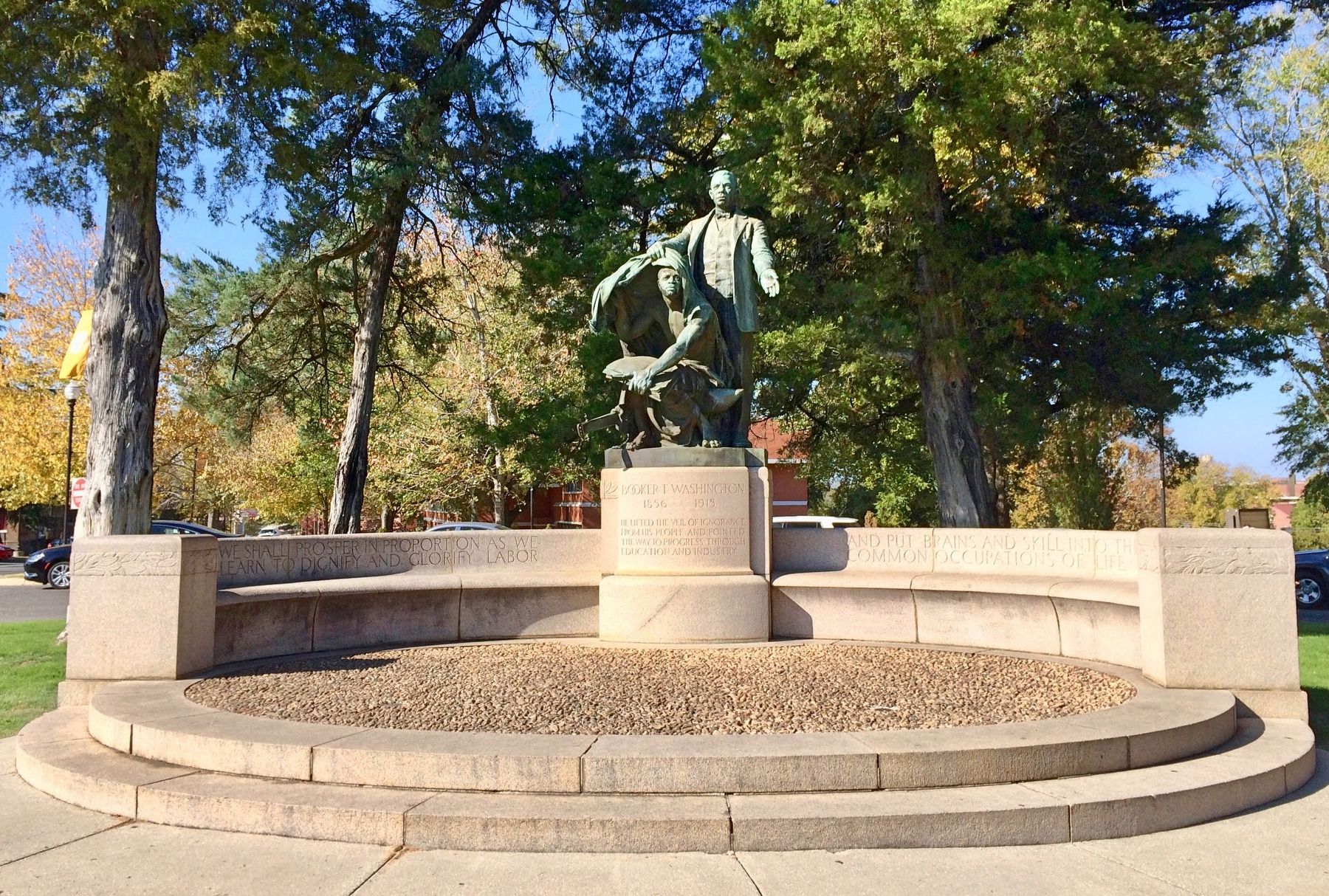