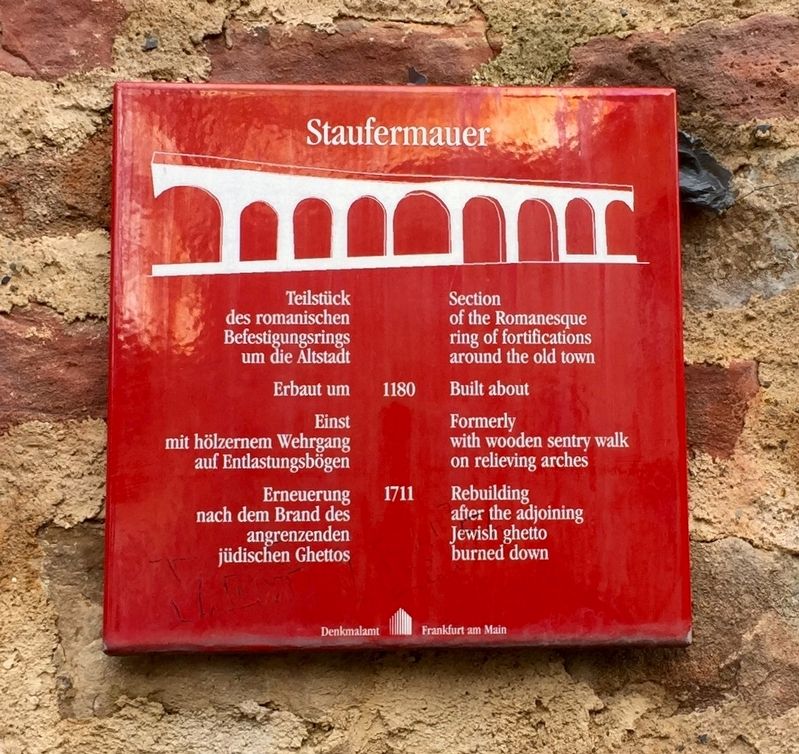 Section of the Romanesque ring of fortifications around the Old Town

Formerly with wooden sentry walk on the relieving arches

Rebuilding after the adjoining Jewish ghetto burned down

Erected by Denkmalamt Frankfurt am Main. 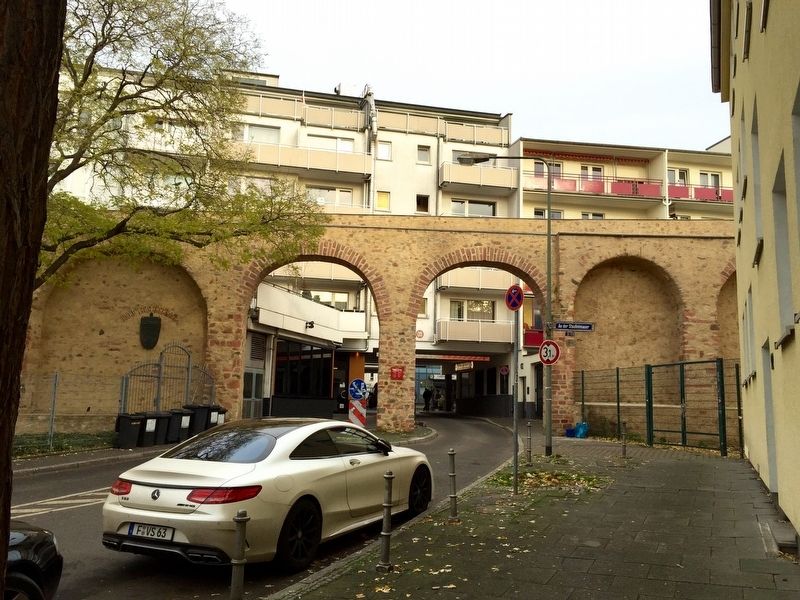 By Andrew Ruppenstein, November 22, 2016
2. Staufermauer and Marker - Wide View
The marker is visible here, mounted to the pillar, where the roadway splits.

Also see . . .  Staufenmauer (Wikipedia.de). [English translation, follow the link for the original German:] The Staufenmauer is an ancient city wall in Frankfurt am Main, of which small remnants are still preserved....It was built in 1180 during Swabian rule (1138-1254) to protect the city against attacks, and enclosed, roughly speaking, modern Frankfurt's Old Town. It was about seven meters high and two to three meters thick wall and made of rubble, on top of which ran a walkway, and with a dry ditch on the exterior. It had only three gates.... (Submitted on December 6, 2016.) 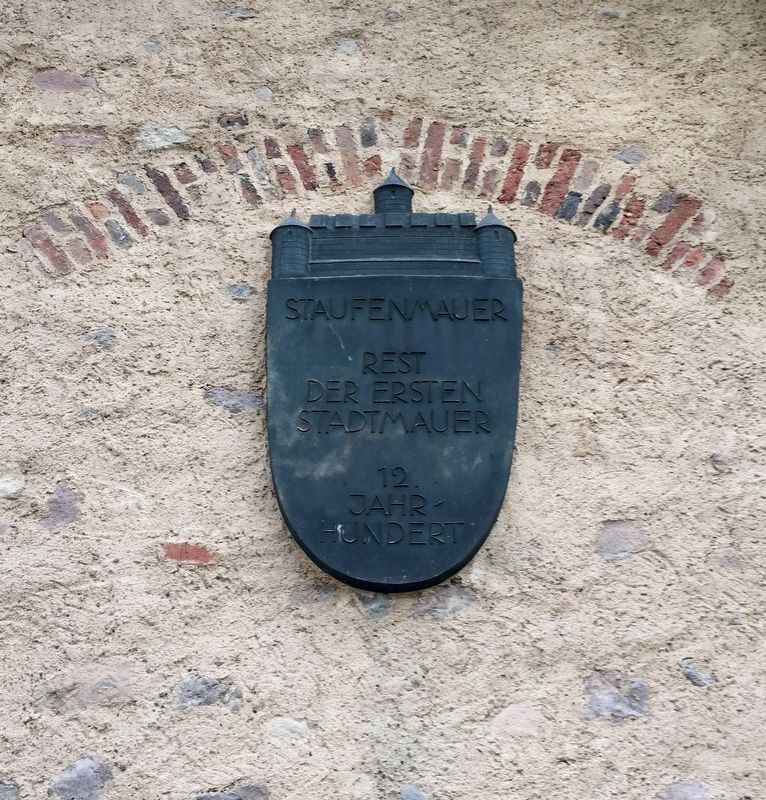 By Andrew Ruppenstein, November 22, 2016
3. Staufermauer - Additional Marker
On the other side of the archway (to the left) is an additional related marker, reading: Staufenmauer - Rest der ersten Stadtmauer - 12.Jahrhundert, which translates as, "Staufenmauer - remains of the first city walls - 12th Century." 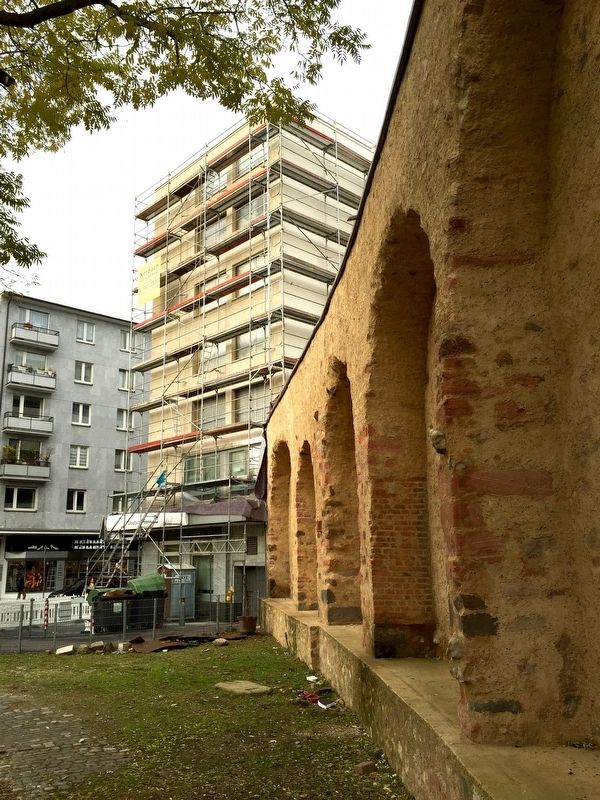