"We Have Come This Far By Faith" 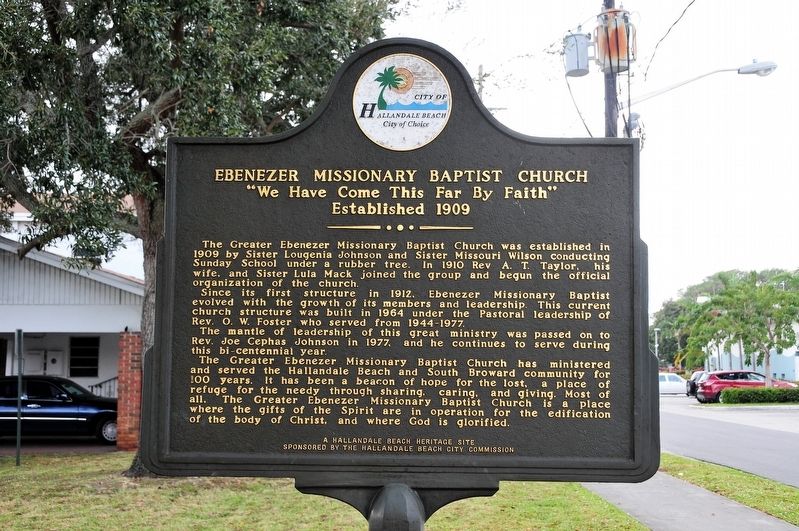 The Greater Ebenezer Missionary Baptist Church was established in 1909 by Sister Lougenia Johnson and Sister Missouri Wilson conducting Sunday School under a rubber tree. In 1910 Rev. A.T. Taylor, his wife, and Sister Lula Mack joined the group and begun the official organization of the church.

Since its first structure in 1912, Ebenezer Missionary Baptist evolved with the growth of its members and leadership. The current church structure was built in 1964 under the Pastoral leadership of Rev. O.W. Foster who served from 1944-1977.

The mantle of leadership of this great ministry was passed on to Rev. Joe Cephas Johnson in 1977, and he continued to serve during this bi-centennial year.

The Greater Ebenezer Missionary Baptist Church has ministered and served the Hallandale Beach and South Broward community for 100 years. It has been a beacon of hope for the lost, a place of refuge for the needy through sharing, caring, and giving. Most of all, The Greater Ebenezer Missionary Baptist Church is a place where the gifts of the Spirit are in operation for the edification of the body of Christ, and where God is glorified. 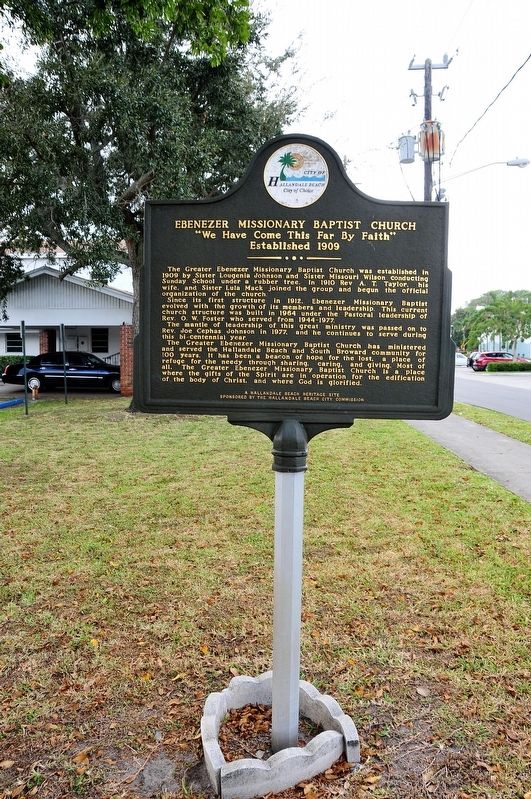 Topics. This historical marker is listed in these topic lists: African Americans • Churches & Religion. A significant historical year for this entry is 1909. 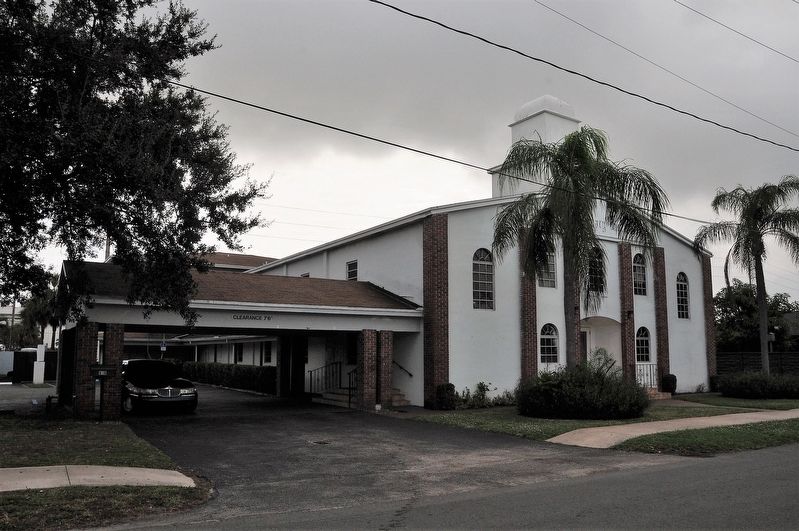