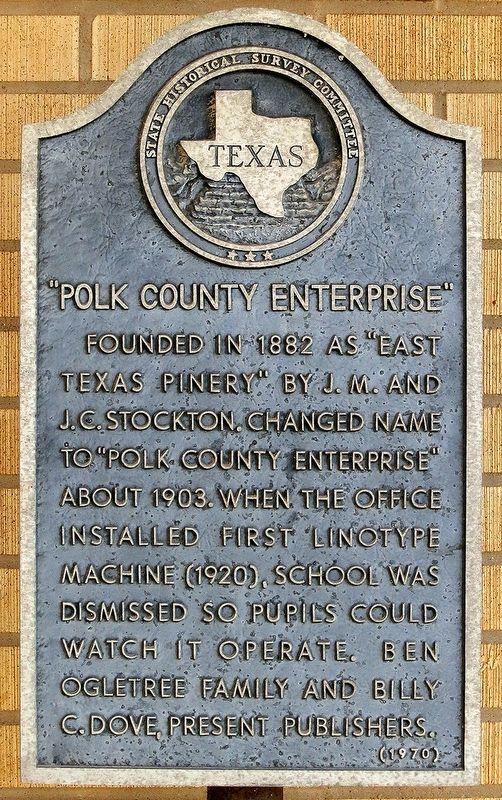 Founded in 1882 as "East Texas Pinery" by J.M. and J.C. Stockton. Changed name to "Polk County Enterprise" about 1903. when the office installed first linotype machine (1920), school was dismissed so pupils could watch it operate. Ben Ogletree family and Billy C. Dove, present publishers.

Topics. This historical marker is listed in this topic list: Communications. A significant historical year for this entry is 1882. 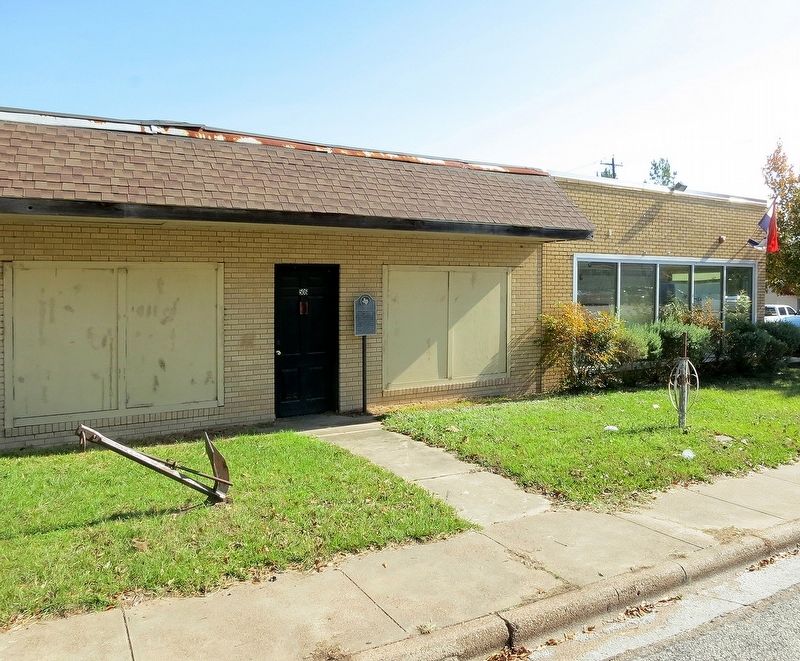 Regarding "Polk County Enterprise". Seventy yeas ago its offices and presses were in the basement of the Polk County Courthouse. Later they built this building and moved here. They're still in publication but located at 100 E Calhoun St now. 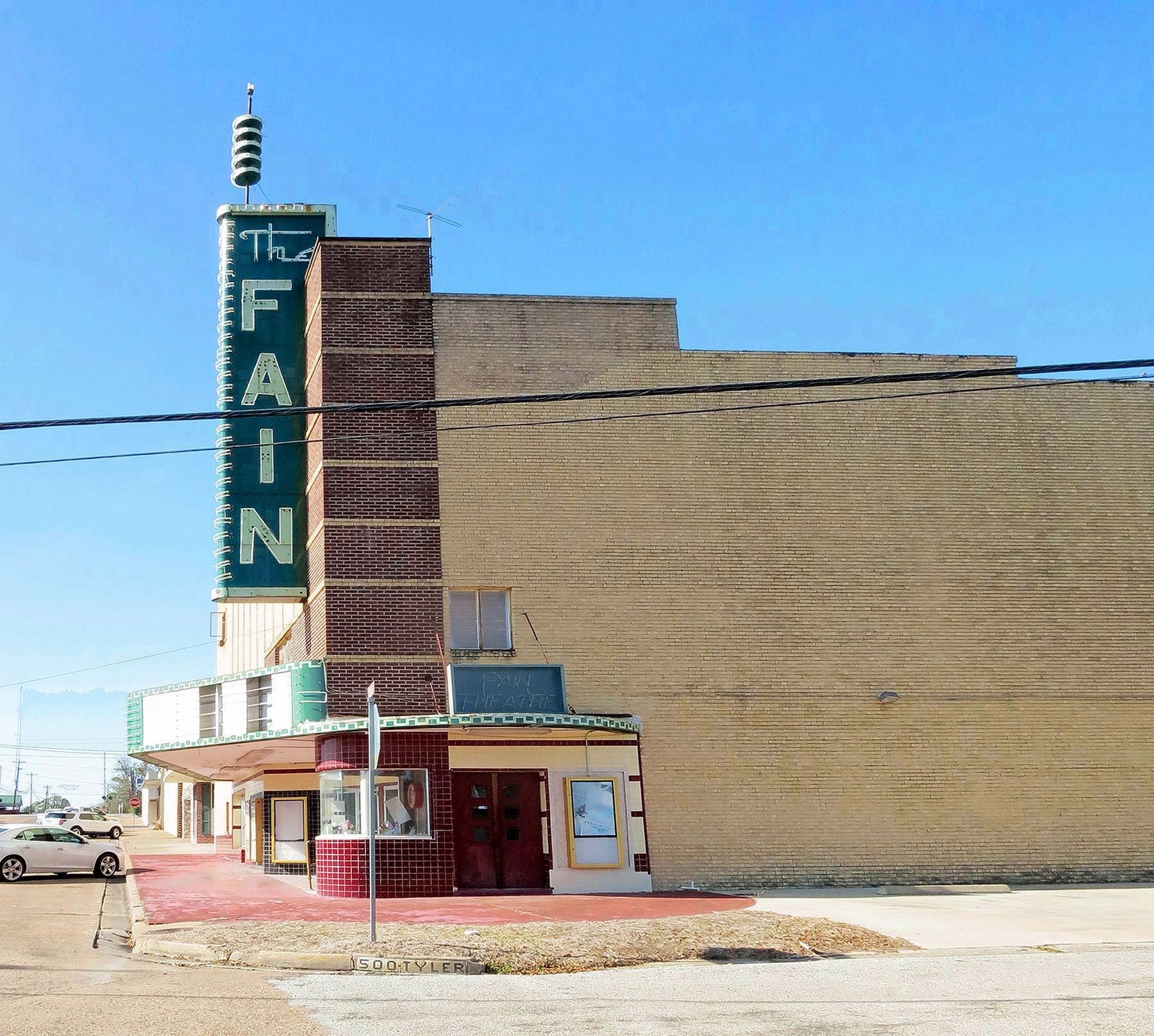 Photographed By Jim Evans, December 15, 2016
3. Fain Theater
Livingston's famed Fain Theater is across the street from this marker. They are closed, so Livingston's had "The Last Picture Show" (https://en.wikipedia.org/wiki/The_Last_Picture_Show) Don't remember that movie either? The previous movie house was the Texan Theater. Mr. Fain built this theater in about 1950 to prevent a competing move house, already in construction, from completing. It worked. I watched many Saturday afternoon cowboy shoot 'um ups here.
Credits. This page was last revised on December 19, 2016. It was originally submitted on December 16, 2016, by Jim Evans of Houston, Texas. This page has been viewed 329 times since then and 26 times this year. Photos:   1, 2, 3. submitted on December 16, 2016, by Jim Evans of Houston, Texas. • Bernard Fisher was the editor who published this page.
Share this page.