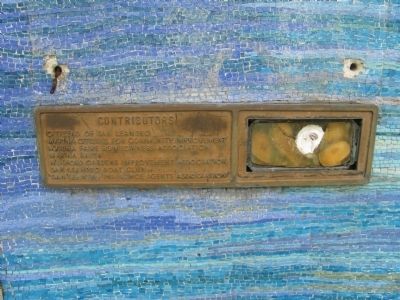 Oysters were the mainstay of the California fishing industry at the turn of the century. Along this site (the original Mulford Canal) the San Leandro oyster beds flourished. In 1892 William Roberts field title to the beds south along San Lorenzo Canal and in 1895 Thomas Mulford filed title here at Mulford Canal. The beds were often plagued by “oyster pirates” such as Jack London. (Marker Number 824.)

Topics and series. This historical marker is listed in these topic lists: Industry & Commerce • Landmarks. In addition, it is included in the California Historical Landmark series list.

Other nearby markers. At least 8 other markers are within 3 miles of this location, measured as the crow flies. Still on Patrol (within shouting distance of this marker); 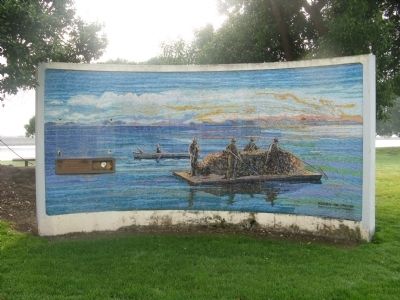 More about this marker. The marker is pictured in a television show titled "San Leandro: Sausage King," part of the "City Confidential" series.

Regarding San Leandro Oyster Beds. This site was designated as California Registered Historical Landmark No.824 on June 7, 1984.