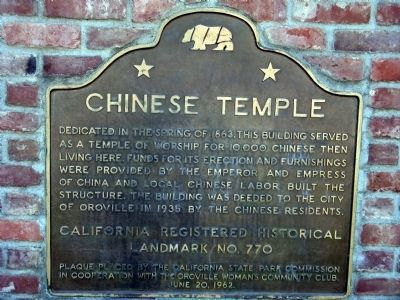 By Syd Whittle, April 6, 2009
1. Chinese Temple Marker
Inscription.
Chinese Temple. . Dedicated in the spring of 1863, this building served as a temple of worship for 10,000 Chinese then living here. Funds for its erection and furnishings were provided by the Emperor and Empress of China and local Chinese labor built the structure. The building was deeded to the City of Oroville in 1935 by the Chinese residents. . This historical marker was erected in 1962 by The California State Park Commission in cooperation with the Oroville Woman’s Community Club, June 20, 1962.. It is in Oroville in Butte County California

Dedicated in the spring of 1863, this building served as a temple of worship for 10,000 Chinese then living here. Funds for its erection and furnishings were provided by the Emperor and Empress of China and local Chinese labor built the structure. The building was deeded to the City of Oroville in 1935 by the Chinese residents.

Topics and series. This historical marker is listed in these topic lists: Asian Americans • Churches & Religion • Industry & Commerce • Settlements & Settlers. In addition, it is included in the California Historical Landmark, and the Chinese Heritage Sites of the American West series lists. 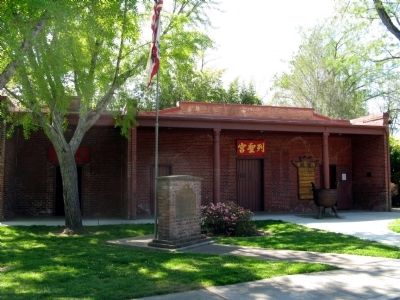 Regarding Chinese Temple. This site was designated as California Registered Historical Landmark No.770 on January 31, 1962 and was placed on the National Register of Historic Places on July 30, 1976.

Also see . . .  University of California Bancroft Library. Built in 1863, the Oroville Chinese Temple served as a place of worship for a community of 10,000 Chinese residents. An innovative collaboration among the City of Oroville, Gloria Gee, the Library of Congress, and The Bancroft Library has resulted in online access to a digital archive of the Oroville Chinese Temple treasures. (Submitted on April 6, 2009, by Syd Whittle of El Dorado Hills, California.) 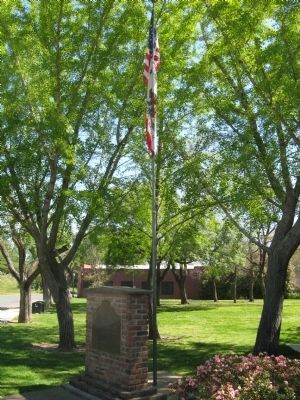 1. The Chinese Temple
In the latter half of the nineteenth century there were as many as 3,500 Chinese people in Oroville. The came to search for gold. For the first twenty years there were only men, as they were not allowed to bring their families. Most of them came from the Shanghai and Canton areas of China.

Around 1850 they built their first temple. It was made of wood and it burned down. They rebuilt it, also from wood, and it also burned. They purchased bricks and in 1863 the new temple was finished. This is the temple that still stands today. In the immediate vicinity there was a Joss House, a large store, and a theater. The Chinese area of Oroville was near the Feather River and the brick temple endured many floods. After the flood of 1907 and a general depression, most of the Chinese moved away.

The Chinese people that remained took care of the Temple until the 1930's. They gave the property to the City of Oroville in 1937 and the City made three promises. The first was to build a museum, the second was to keep the three temples open for worship, and the third was to teach about the customs and beliefs of the Chinese people.
— Submitted April 7, 2009, by Syd Whittle of El Dorado Hills, California. 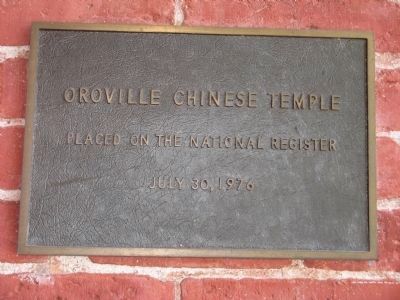 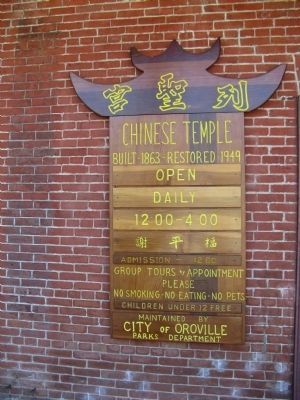 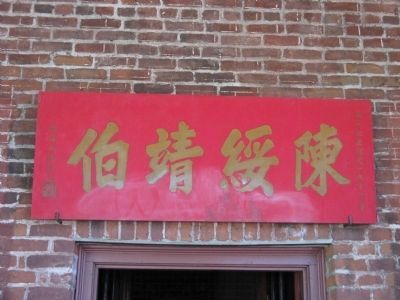 By Syd Whittle, April 6, 2009
6. Over the Entrance Door to the Chan Room
Built in 1874, The Chan worship room is Suey Sing Bak, commonly known as the Chan Room. This room was built by all Chinese in remembrance of Chan Low Kwan, also known as Viscount of Pacification. 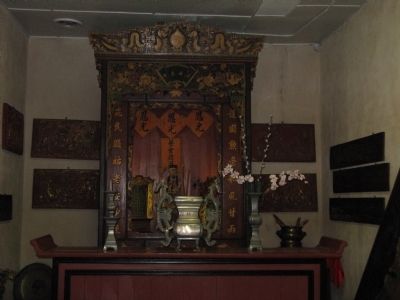 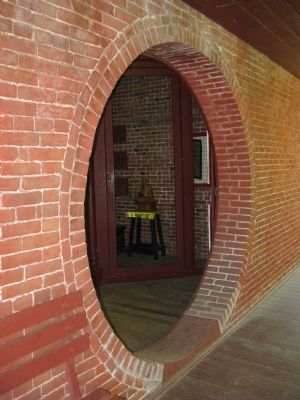 By Syd Whittle, April 6, 2009
8. Entrance to the Moon Room
Built in 1868, on the floor above the Council Room is Wong Fut Tong, which is called the Moon Temple because of its circular door. This signifies the circle of life. This room devoted to Buddha is the most religious room in the complex. 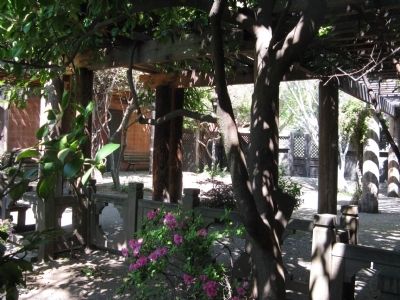 By Syd Whittle, April 6, 2009
9. The Garden
The Courtyard Garden was established in 1968, and all of the plants are of Chinese origin except for some annuals planted for color. 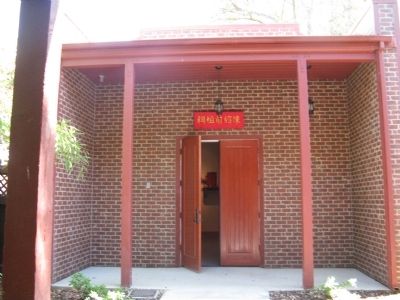 By Syd Whittle, April 6, 2009
10. Fong Lee Room
This is the newest room at the complex. Dedicated April 16, 2008. the room is a gift of the Chin (Chan) Shew Ting Family. Displayed are the drawers used to hold herbal medicine sold here as well as the scales and items used for buying and selling gold. 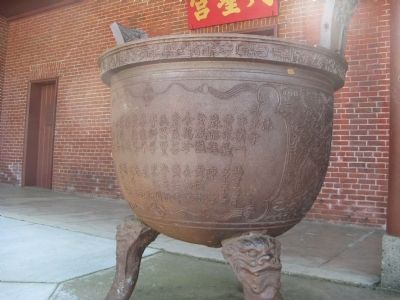 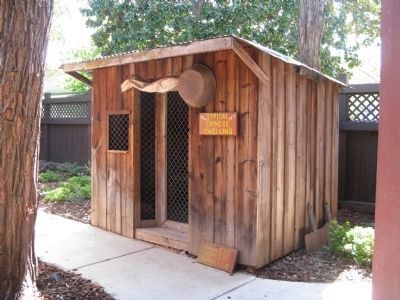 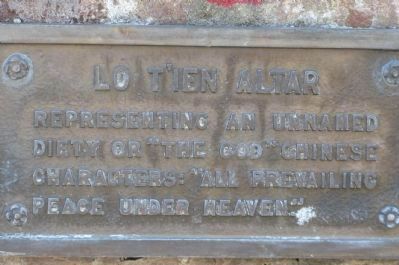