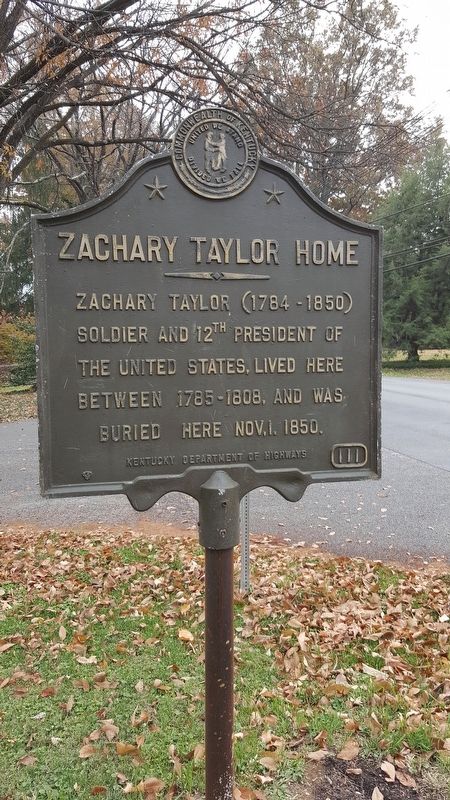 By Pat Filippone, November 23, 2016
1. Zachary Taylor Home Marker
Inscription.
Zachary Taylor Home. Zachary Taylor (1784 - 1850). Soldier and 12th President of the United States, lived here between 1785 - 1808, and was buried here Nov. 1, 1850 . This historical marker was erected by Kentucky Department of Highways. It is in Louisville in Jefferson County Kentucky

Topics and series. This historical marker is listed in this topic list: Government & Politics. In addition, it is included in the Former U.S. Presidents: #12 Zachary Taylor series list. A significant historical date for this entry is October 1, 1850. 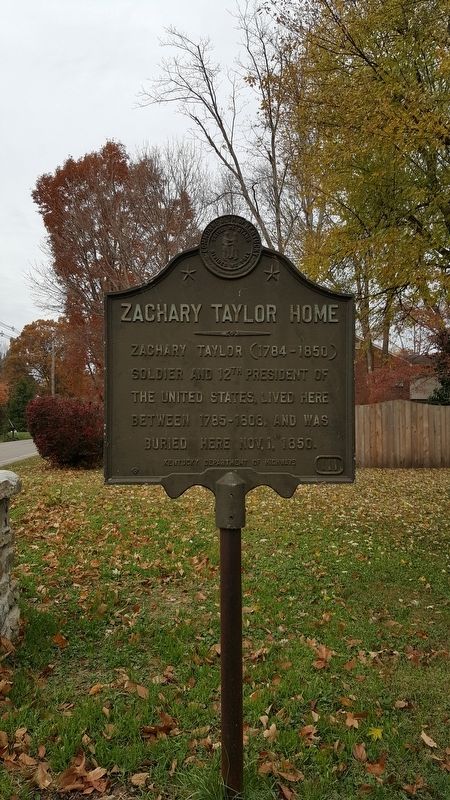