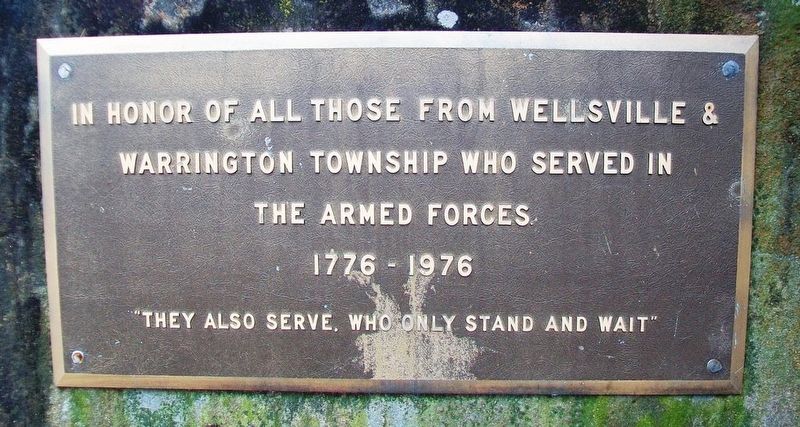 By William Fischer, Jr., January 29, 2017
1. Veterans Memorial Marker
Inscription.
Veterans Memorial. .
In honor of all those from Wellsville & Warrington Township who served in the Armed Forces

"They also serve, who only stand and wait". . This memorial was erected in 1976. It is in Wellsville in York County Pennsylvania

"They also serve, who only stand and wait"

Location. 40° 3.006′ N, 76° 56.283′ W. Marker is in Wellsville, Pennsylvania, in York County. Marker is at the intersection of York Street and Carlisle Road (Route 74), on the right when traveling north on York Street. Touch for map. Marker is in this post office area: Wellsville PA 17365, United States of America. Touch for directions. 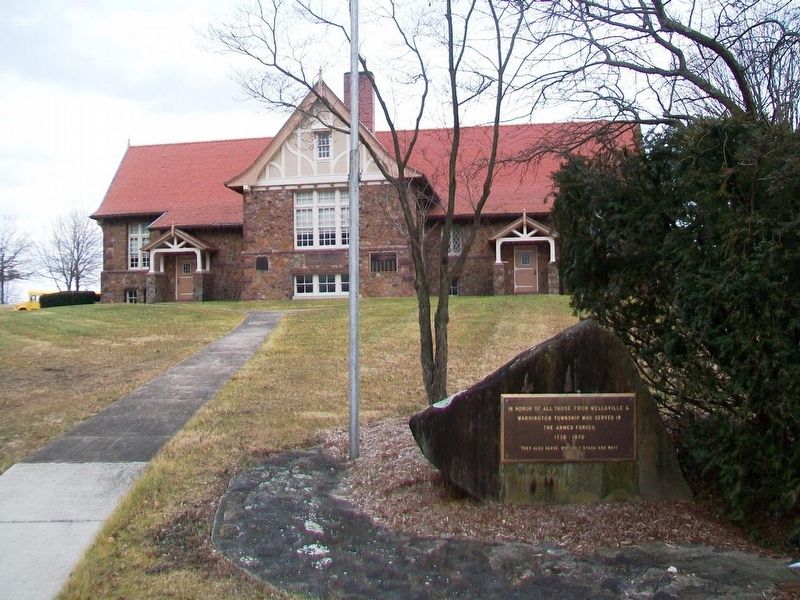