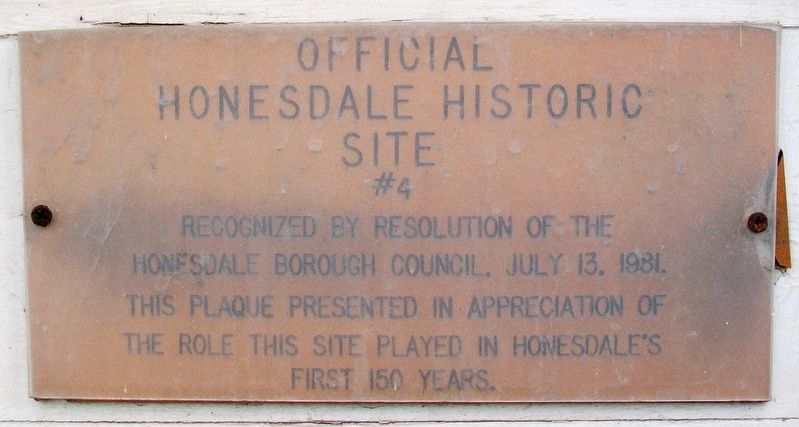 Recognized by resolution of the
Honesdale Borough Council, July 13, 1981.
This plaque presented in appreciation of
the role this site played in Honesdale's
first 150 years. 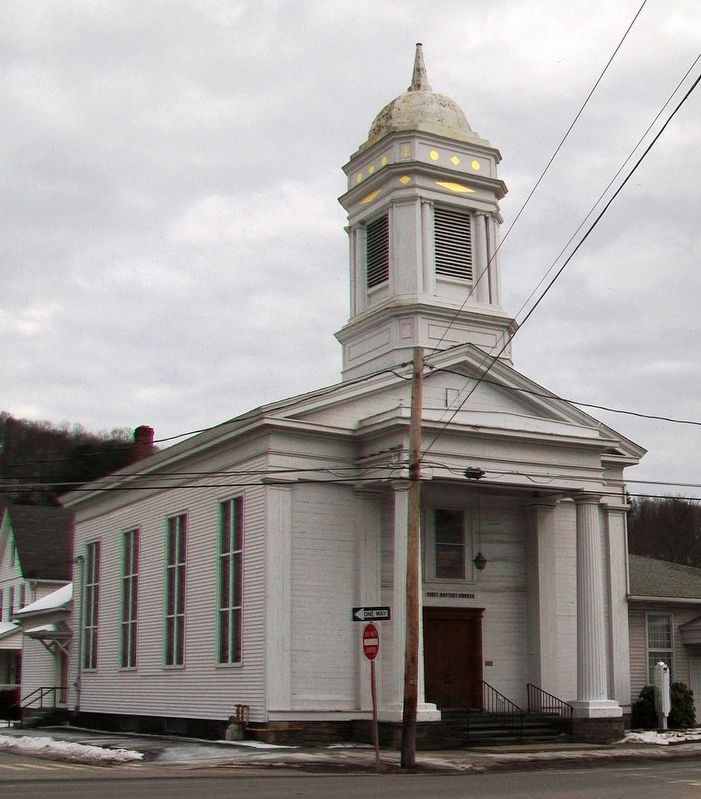