First Settlement of Icelanders in the United States 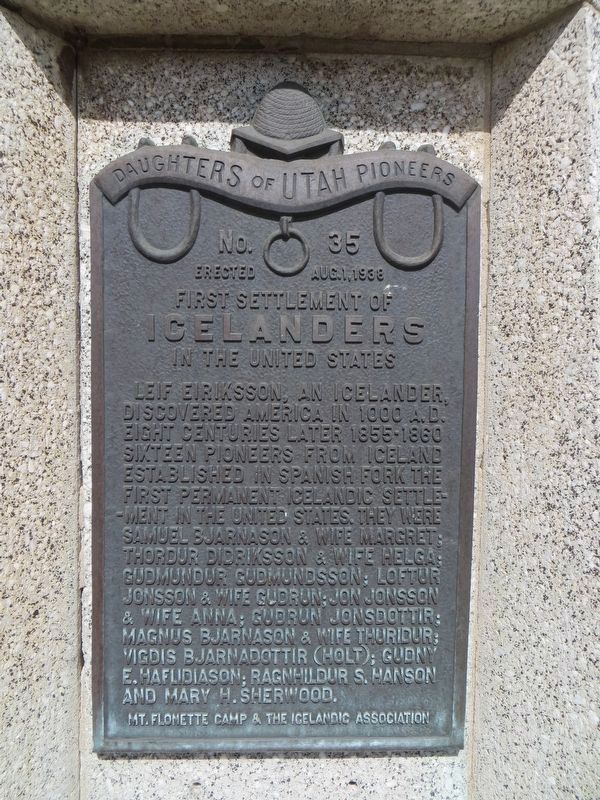 Erected 1938 by Daughters of the Utah Pioneers. (Marker Number 35.)

Topics and series. This historical marker is listed in this topic list: Settlements & Settlers. In addition, it is included in the Daughters of Utah Pioneers series list. A significant historical year for this entry is 1855. 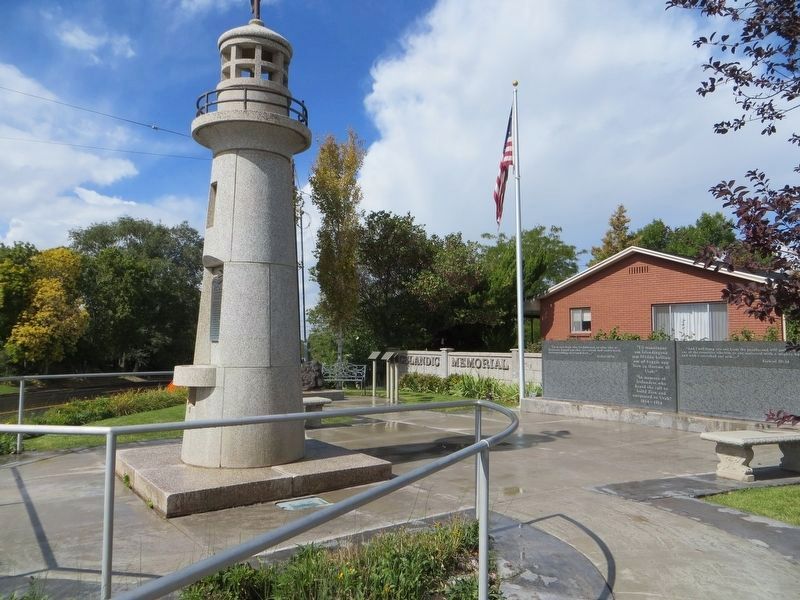 By Bill Kirchner, October 1, 2018
2. First Settlement of Icelanders in the United States Marker

More about this marker. The monument sits on a corner. It has a large white monument in the shape of a lighthouse with a stone bench at the bottom and pipe railings around it. Behind this there is a wall with Icelandic Monument in raised stone letters. 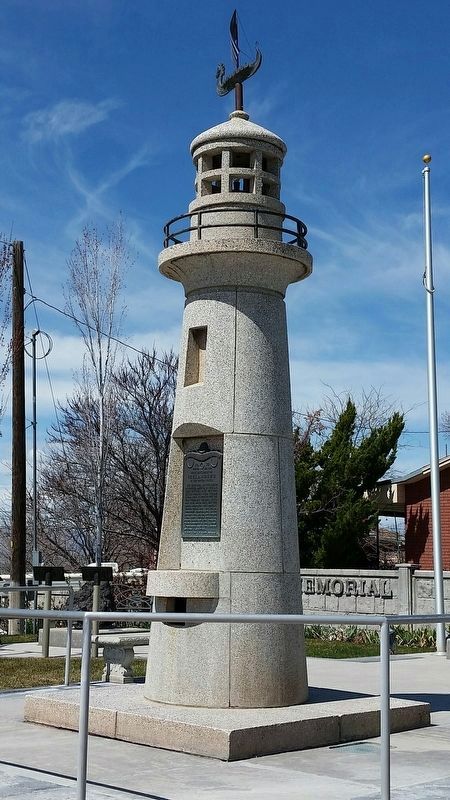 By Tate Tanner
3. First Settlement of Iselanders in the United States Marker 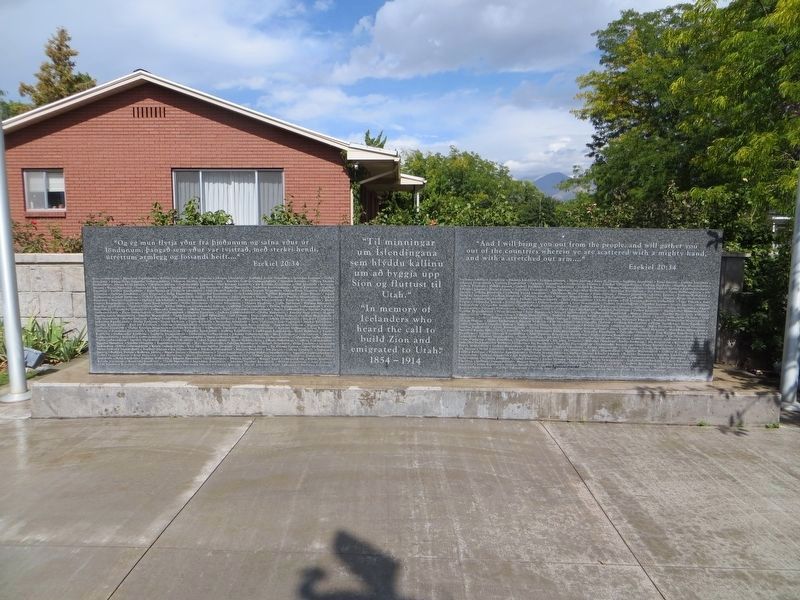