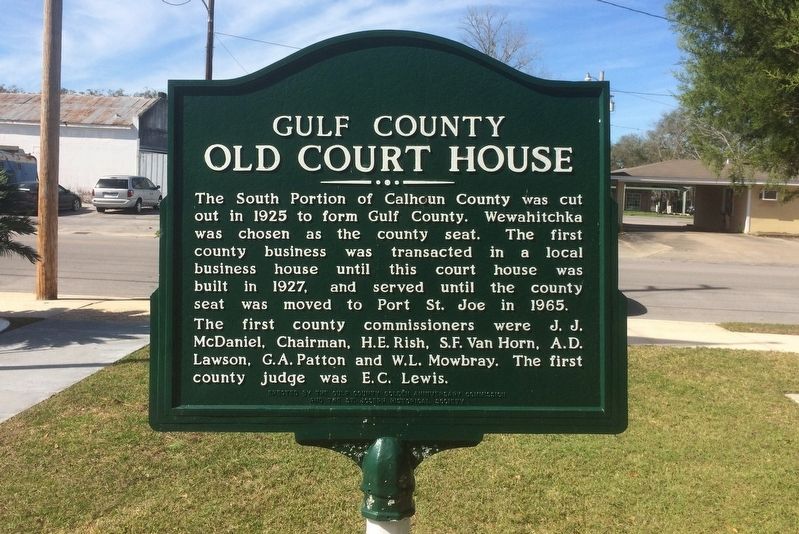 By Tim Fillmon, February 9, 2017
1. Gulf County Old Courthouse Marker
Inscription.
Gulf County Old Courthouse. . The South Portion of Calhoun County was cut out in 1925 to form Gulf County. Wewahitchka was chosen as the county seat. The first county business was transacted in a local business house until this court house was built in 1927, and served until the county seat moved to Port St. Joe in 1965. The first county commissioners were J.J. McDaniel, Chairman, H.E. Wish, S.F. VanHorn, A.D. Lawson, G.A. Patton and W.L. Mowbray. The first county judge was E.C. Lewis. . This historical marker was erected in 1975 by The Gulf County Golden Anniversary Commission and the St. Joseph Historical Society. It is in Wewahitchka in Gulf County Florida

Other nearby markers. At least 6 other markers are within 18 miles of this marker, measured as the crow flies. Wewahitchka Centennial 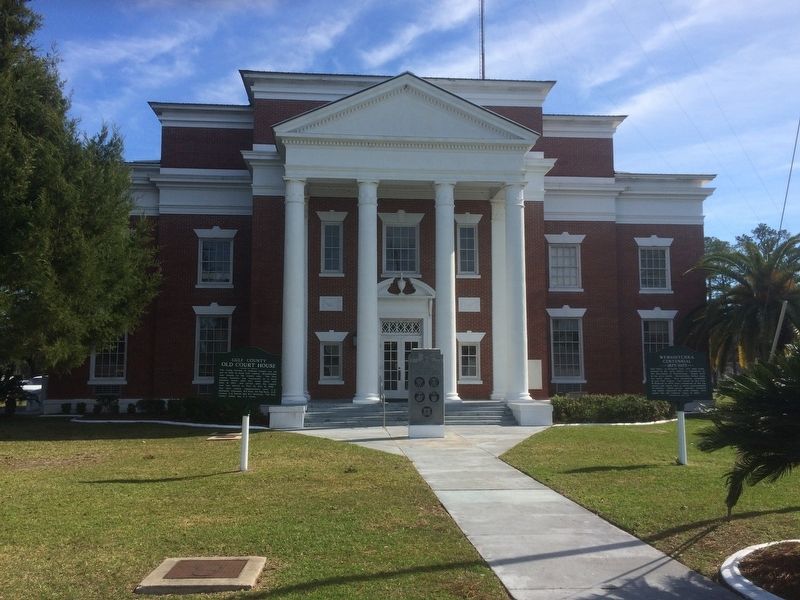