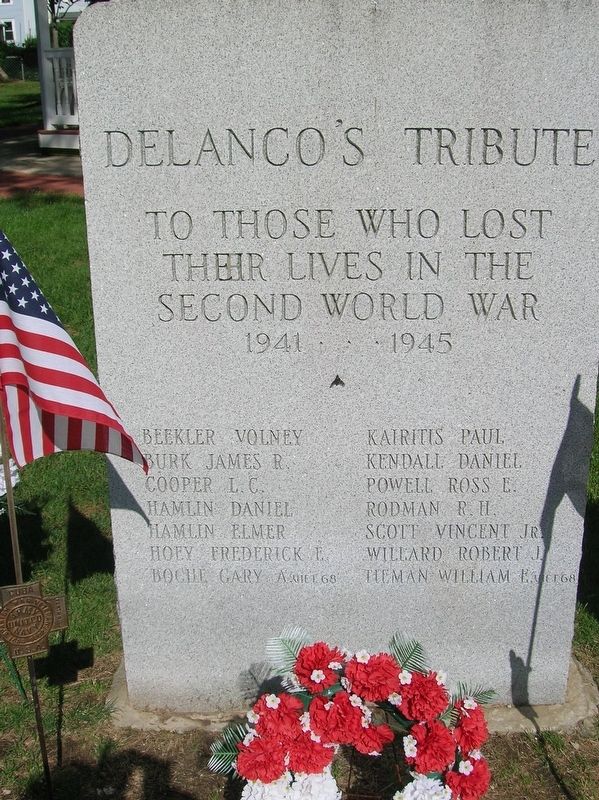 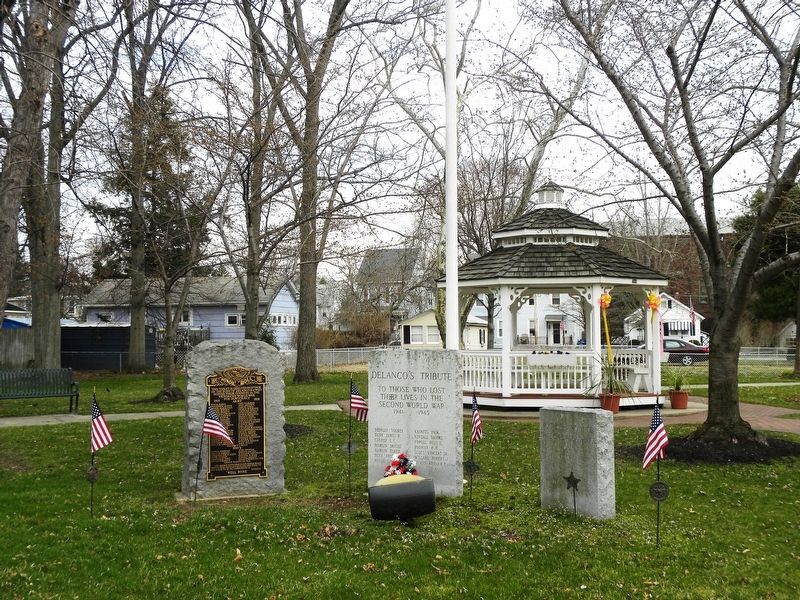 More about this marker. This stone marker has been moved twice since it was originally erected following World War II. It is associated with two additional war memorials.
Following the Vietnam War, two additional names were added, as indicated above.