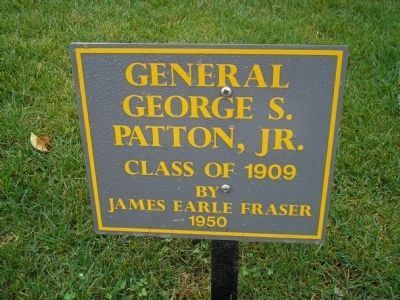 Erected 1950 by Friends, officers and men of the units he commanded. 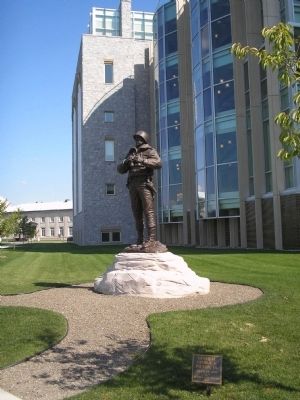 2. Patton Monument Relocation. Originally dedicated in 1950, the Patton Monument was placed in storage for four years during the construction of the new West Point library, Jefferson Hall. Since completion of construction of the new library in early 2009 the Monument has been restored to public view in a temporary location in back of the library. Upon completion of additional construction projects in the vicinity the monument is scheduled to be moved yet again. (Submitted on September 12, 2009, by Frederick Bothwell of Georgetown, Texas.) 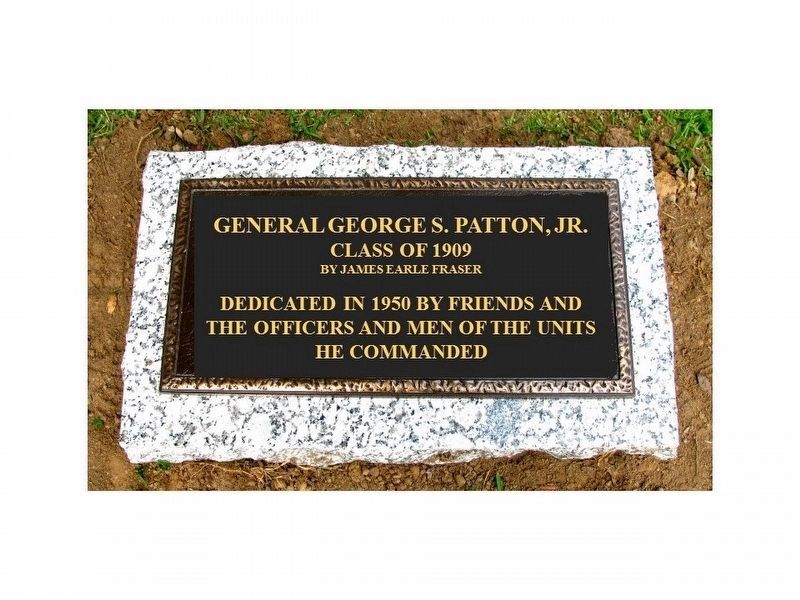 By Frederick Bothwell, 2017
3. Proposed General George S. Patton, Jr. Marker
The existing painted metal plate marker, mounted askew on a stick in the ground near the statue of General Patton, was installed in what was to be a temporary location for the statue in 2009. A number of graduates have expressed a willingness to pay for the creation and installation of a more appropriate bronze and granite marker, pending approval by USMA leadership. 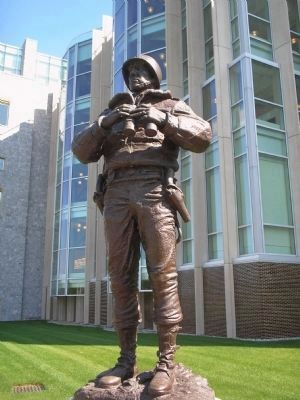 By Bill Coughlin, September 5, 2009
4. Closeup of General Patton Statue
The Patton Monument, sculpted by James Fraser, was unveiled in 1950 by his wife Beatrice. 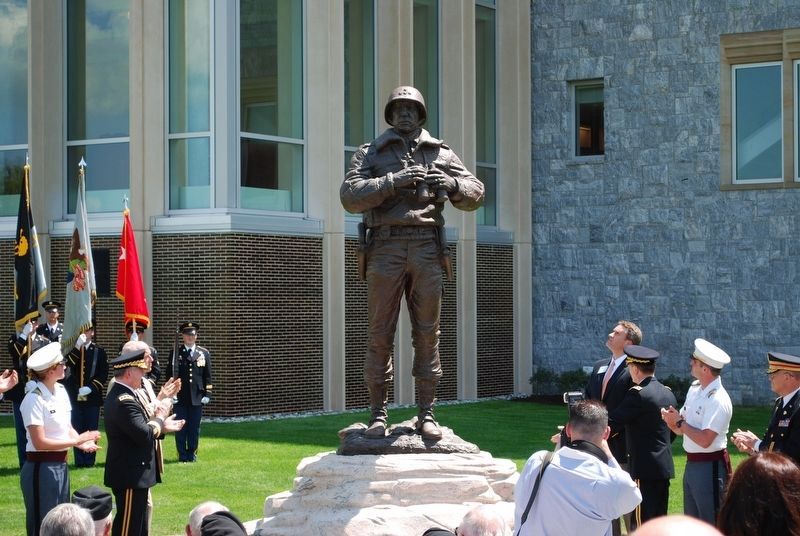 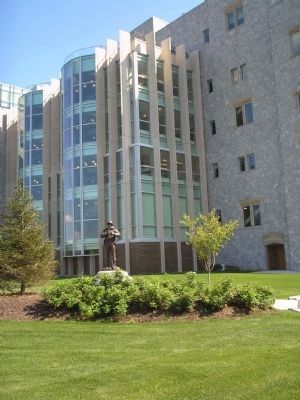 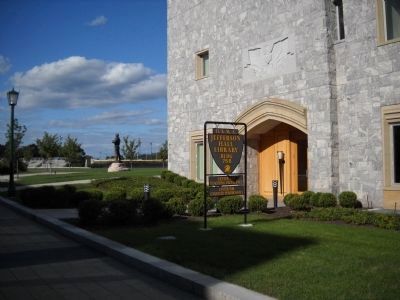 By Bill Coughlin, September 5, 2010
7. Patton Statue at West Point Library
The statue of General George S. Patton, Jr. is seen here behind the Jefferson Hall Library. Patton graduated from the Military Academy later than others in his class. He claimed it was because he never could find the library. For this reason, his statue was placed at this location. 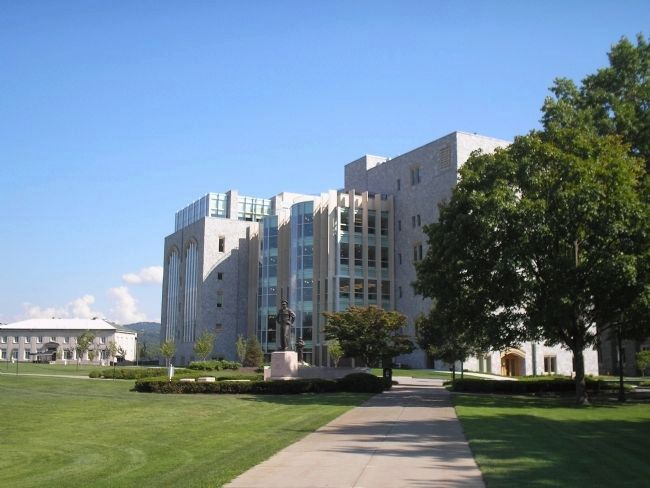 By Bill Coughlin, September 5, 2009
8. Monuments on the Plain at West Point
The General Patton Monument can be seen in this photo behind one for General Dwight Eisenhower. 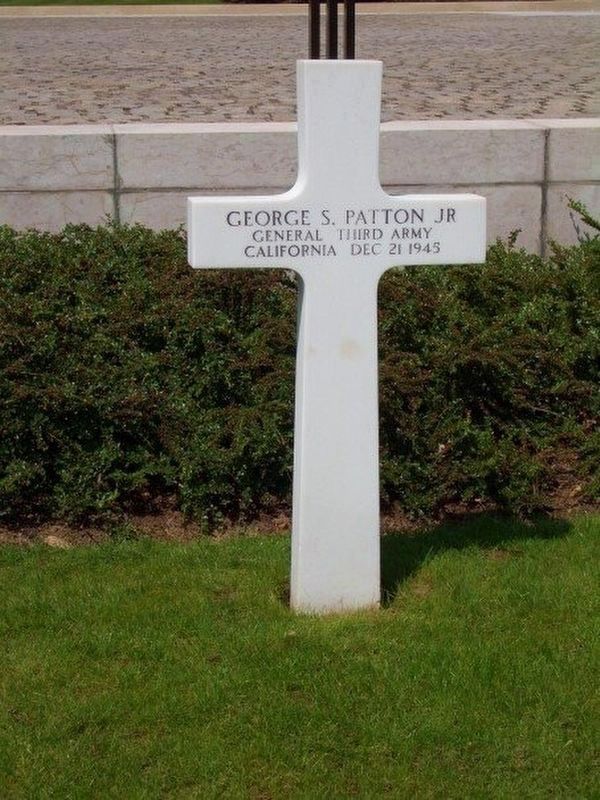 By Bill Coughlin, June 2013
9. Grave of General George S. Patton, Jr.
At his request to be buried with his men, General Patton was laid to rest at the Luxembourg American Cemetery and Memorial in the Hamm district of Luxembourg City, alongside wartime casualties of the Third Army. 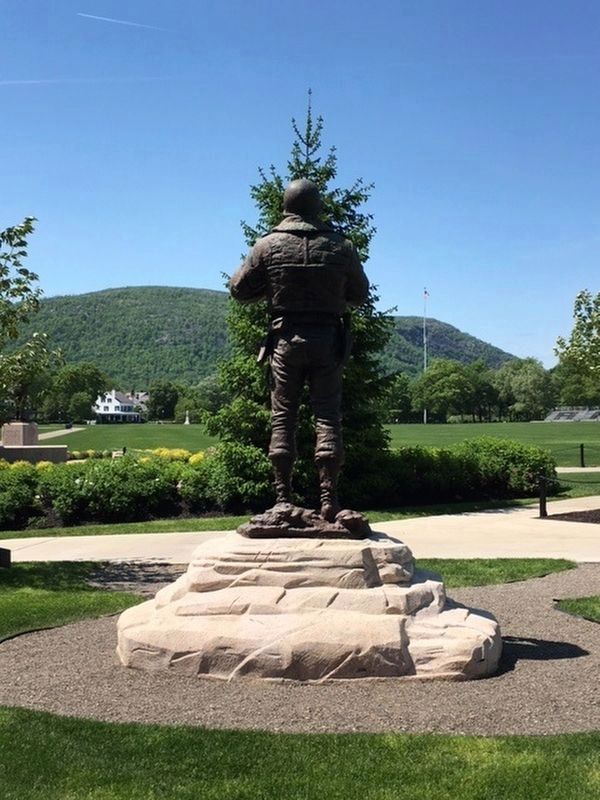 By Frederick Bothwell, May 2017
10. View from Patton Marker Site Obscured
In the near decade since installation of the Patton marker and statue in an allegedly "temporary" location, a tree has been allowed to grow in front of the site, effectively destroying the view of "the Plain" from the site of the marker 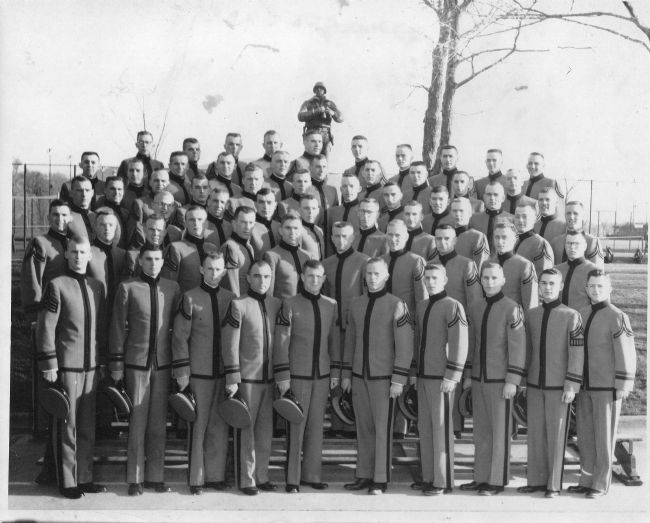 US Army Photograph - Public Domain, circa April 1962
11. General George S. Patton, Jr. Monument
Members of the West Point Class of 1962 assigned to Armor branch standing in front of the Patton Monument at West Point. In 1962 the monument was still in its original position, facing the old Cadet library. The old library was demolished and the new library erected on the original site of the Patton Monument. The monument was placed in storage for over four years while the new library was constructed, then reinstalled in its present location. 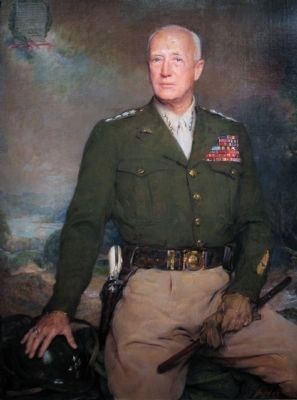 “Nicknamed ‘Old Blood and Guts,’ General George Patton Jr. had a penchant for harsh, bluntly spoken opinions that sometimes made him the object of controversy during World War II. There was, however, no debating his soldiering abilities. In the Allied drive against Axis armies in North Africa, his gift for instilling frontline discipline was critical in shaping unseasoned American soldiers into effective fighting units. His leadership proved crucial again in the invasion of Sicily, but his finest moment came during the massive German counteroffensive in northern Europe's Ardennes region in 1944-45. His part in repelling the Germans there placed beyond challenge his reputation as one of the most brilliant field commanders of the war.